Does any Android user need another camera app?

Some camera apps are better

Android comes with a pretty good camera app. I treasure a user interface that quickly accesses the most important functions, and Google Camera does that in its latest incarnations.It is good enough that I don't use any third-party app, even though I have paid for a few of them over the years.

But Camera minimalist, no doubt so as to not compete with third party products. And so once in a while I'll look for one that does more functions that are useful and convenient to access. The latest one I am using I learned from a press release sent by Georg Krüger to upFront.eZine from Berlin. (While we pronounce George as "jorg" with a soft g, Germans spell the name Georg with no e, and pronounce it "gay-org" with a hard g.) 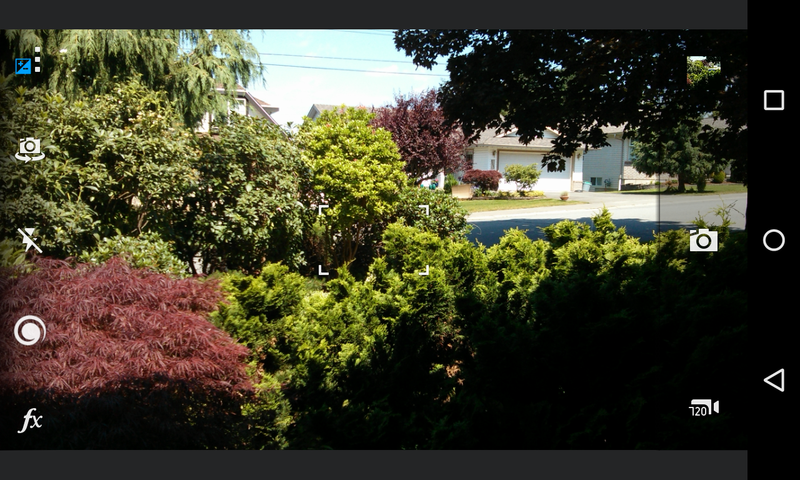 Camera MX's interface; access to the gallery is at the upper right

Camera MX is free, has 10 million downloads, and offers a few extras I have not seen before:

Other new functions include:

Camera MX also comes with a dozen or so effects and frames. Again, I don't care for these sorts of things, because the photo I take is the photo I want. What is cool about Camera MX, however, is that we see the effects before we take the photo, instead applying them afterwards. 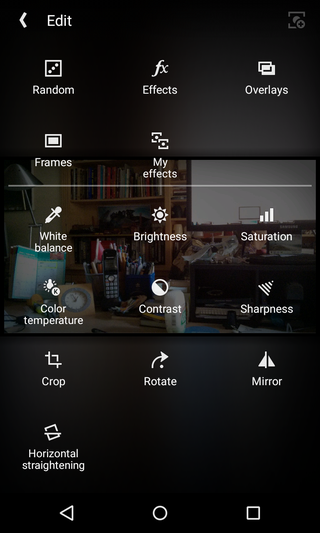 The app comes with a gallery app for viewing photos stored on the phone, as well a decent set of editing functions for fixing flaws -- crop, brightness, straightening, and so on. I require that a camera app allow me to switch quickly between camera and gallery modes, and Camera MX does this. It takes high-def videos and edits them.

To reduce artifacts created by JPEG compression, photos are stored in PNG format.

For phones and tablets, Android v2.3 and up:
https://play.google.com/store/apps/details?id=com.magix.camera_mx