Renga Architecture is brand-new AEC software by an MCAD vendor

Saint Petersburg's ASCON Group is best known for its MCAD software KOMPAS-3D. As the largest Russian CAD vendor, it has concentrated on the MCAD market for more than 20 years, along with more recent projects like its C3D geometric kernel and DEXMA cloud-based PLM system.

When I visited them in 2009, they hinted at wanting to enter the AEC sector, which in Russia currently is dominated by foreign Autodesk programs. Under the radar, they've been working hard on AEC software, which entered beta in December. And within the next four weeks, ASCON plans to release it officially. 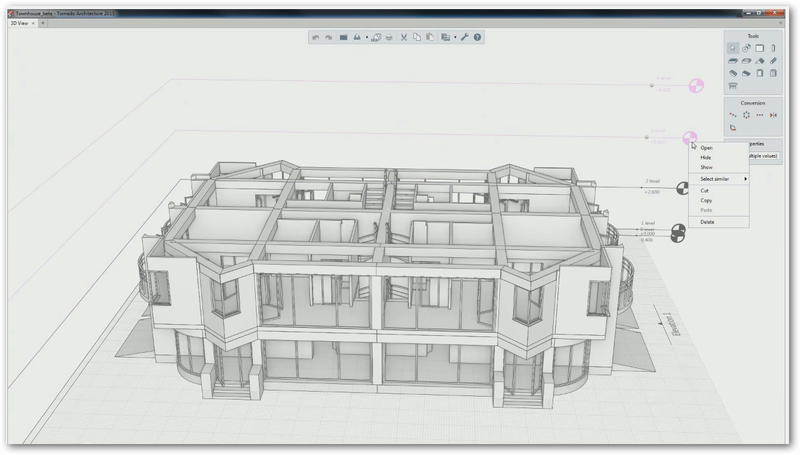 The name given to the software is Renga Architecture, based on the Japanese word for bricks (as in construction) and for collaborative poetry. ASCON ceo Maxim Bogdanov this week released the first public glimpse of Renga through a 13-minute video that goes through the program's user interface and some of its commands.

Posted at 01:34 AM in Computer-aided Design: NEWS | Permalink

Thank you Ralph. Have you had a chance to design something in the system yet? Look forward to hearing the very first feedback from you. I'm happy to be of any assistance.

I guess this is one of official website for the software:
http://renga.webpassion.com.ua/

It was just a prototype. Now Renga lives at http://rengacad.com/en