Why my desktop needs 4-5 monitors

When I write my books, I use four or five screens. My Windows 7 workstation has three, as illustrated below by the screen grab:

To handle Linux, I have the Mac running the VM Virtual Box software from Oracle (free from www.virtualbox.org). I installed the Mint Linux operating system, which also is free (from www.linuxmint.com/download.php).

In the figure below, the “linuxmint” window is running on the Mac desktop; I outlined the Virtual Box window in green. The Oracle software acts just like another application on the Mac; no need to pay for Parallels Desktop software. Versions of Virtual Box are also available for Windows and Linux. 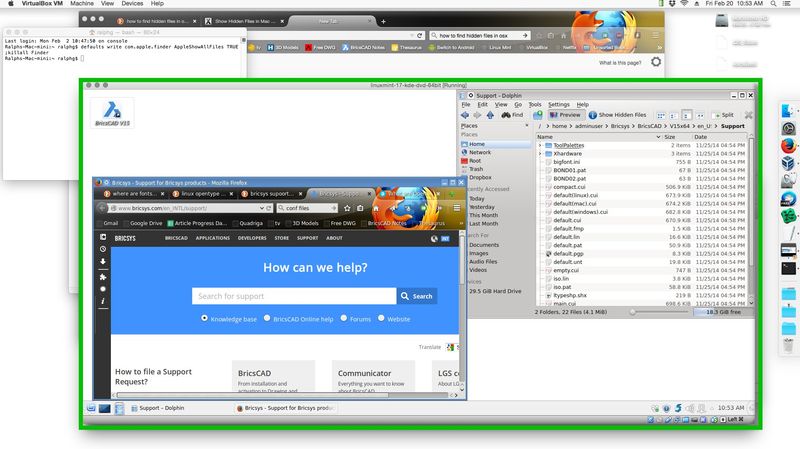 To check how BricsCAD works with Windows 8.x and 10, I have separate computers running those operating systems.

Windows 8 runs on a touchscreen all-in-one desktop, whose monitor is borrowed by the Mac (screen #4). A button on the all-in-one computer switches the HDMI input between Windows (internal) and Mac (external).

Finally, I have Windows 10 Technical Preview running on a Surface-class Sony 12" HD tablet (with keyboard and pen) -- screen #5.

When I make screen grabs on them or the Mac-Linux system, Dropbox captures the images automatically, and then places them in a folder on my Windows 7 computer for placement in the InDesign document.

In this case, Dropbox uses LAN mode, so that the files are transferred using my office's local area network, meaning the images show up a second or two after I make the screen grab.

If your computer’s graphics board is limited to working with one (or two) monitors, there is a workaround. DisplayLink is a USB dongle that allows you to add a monitor without needing a video port. Windows sees the dongle simply as another screen. 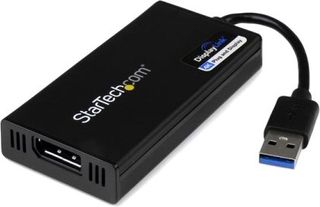 One end plugs into a spare USB port; the other end features a DisplayPort port. Several manufacturers make the hardware for under $70; see www.displaylink.com/shop. Software is included that runs on the computer to redirect the “second screen” graphics to the dongle.

Posted at 01:32 AM in Behind the Story, Hardware | Permalink