« PTC rushing into the Internet of Things | Main | foto of the sunday: photographer at work »

It is time to declare browserCAD in a deep funk

It was a scant two years ago that a flurry of start-ups launched 3D MCAD software that runs in Web browsers. The catalyst was HTML5 and other browser technology that allowed users to interact with 3D models in their Web browsers on any hardware. No more installs to desktops; no more being limited to Windows. Wanna run 3D CAD on an Android ultrabook or a FirefoxOS phone -- no problemo.

(Well, almost no problemo. There were a few caveats. The hardware had to be powerful enough; the Web connection speed had to be fast enough; the Internet latency had to be low enough; the Web browser had to be HTML5-compatible enough; and so on. See figure below of Sunglass running on an iPad, kind of.) 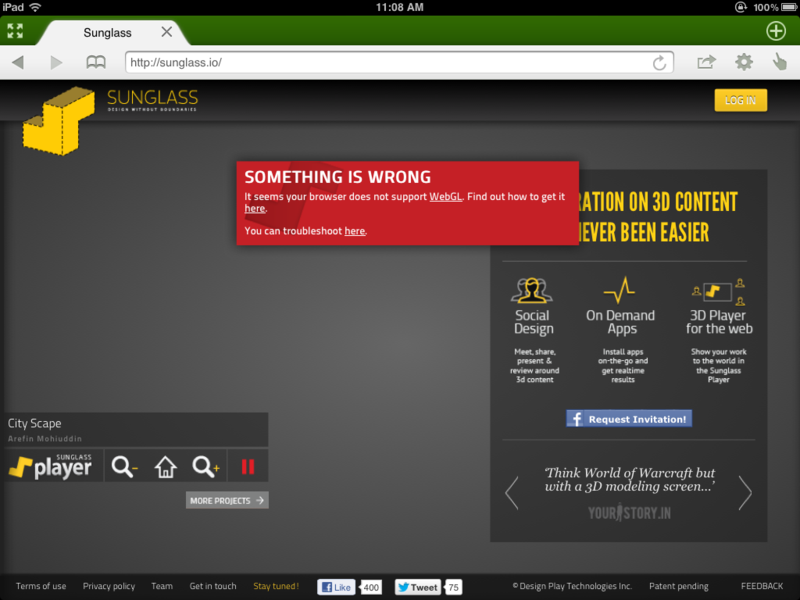 Never mind. Even CAD-unaware publications like TechCrunch heralded this New Era in 3D design. Lanuched with the financial assistance of VC firms, firms erupted with funky software names like TinkerCAD, To3D, and sunglass.io .

The Web sites for Sunglass.io and To3D aren't even zombies; they're gone entirely now. TinkerCAD was in the process of shutting down when Autodesk snapped it up. And as I write this, Lagoa was bought by Autodesk for $60 million. Earlier, GrabCAD was bought by Statasys, and TeamPlatform by 3D Systems.

Web-based CAD is just too funky to be useful in an efficient way to end-users.

I assume you have already written off OnShape as DOA :-)

With OnShape being in closed beta, we don't know what it does, how it operates, and how well it might be able to compete with the entrenched competition. Adjacent seats may be the best it can hope for, rather than displacing seats, like a Creo or NX.