« Logitech removed double-clicking from its mice; here's how to get it back | Main | This week in upFront.eZine: we report on CAD entrepreneurs in India »

fotos of the sunday: One day in Barcelona

Even though I was in Barcelona four nights for a two-day conference, I got to see the city like a tourist only on my last day there. Conferences tend to be morning to late-night events, leaving little time for sightseeing. Which I why I now tack on a extra day.

I had been to the Spanish city once before, and so I know that the only way to visit the place is with your significant other. Touring it as a single is not recommended. The reason: the ramblas. These are the broad walkways that go through parts of the city and along the Mediterranean Sea. They are like freeways for people to ramble along. In the late afternoon and evening, thousands of Barceloneans take to the ramblas. To do this appropriately, you need your sweetheart on your arm.

My wife wanted to see Gaudi; I wanted to show her the ramblas. We did both.

In the morning and afternoon, we saw the famously incompleted Sagrada Família cathedral, Park Güell park, and Casa Batlló -- some of the buildings and facilities design by architect Antonio Gaudi. 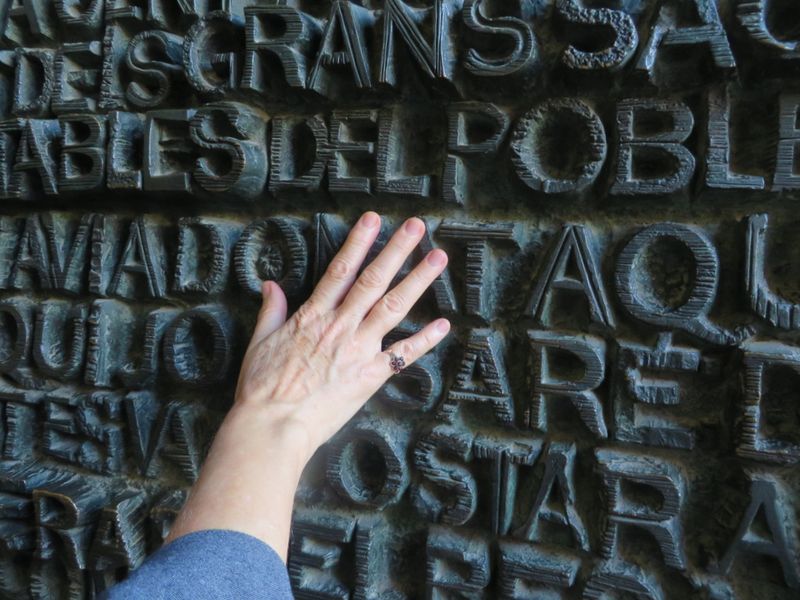 Front door to the Sagrada Família with names of Christ 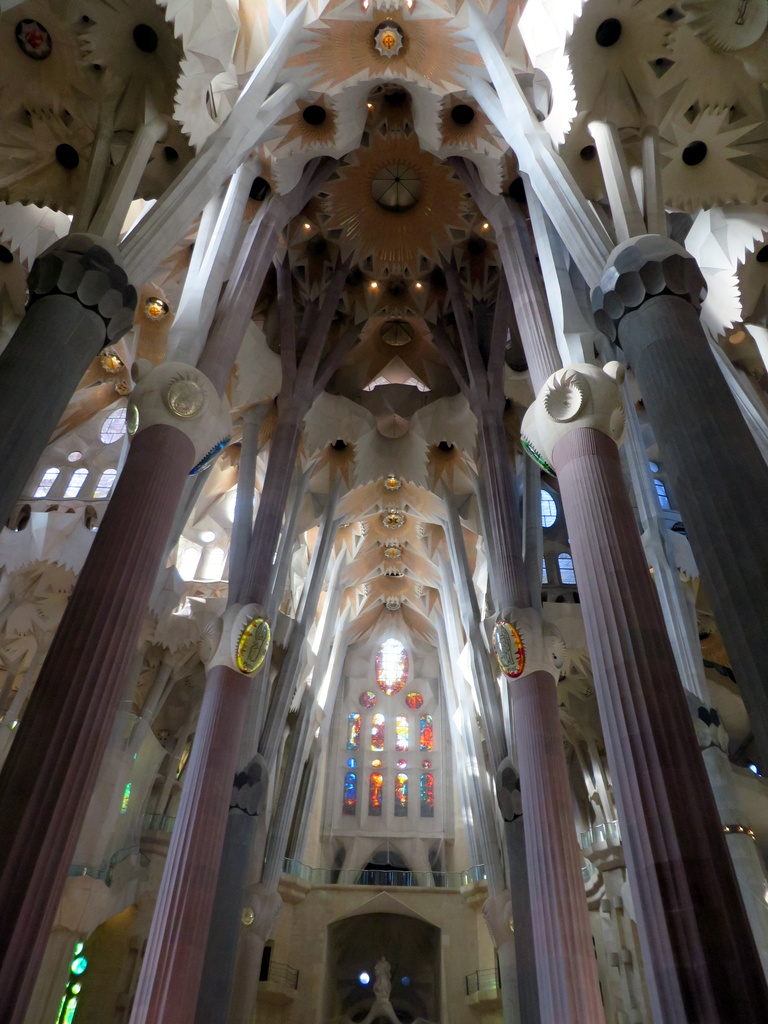 Look up, way up; this cathedral seats 6,000 people 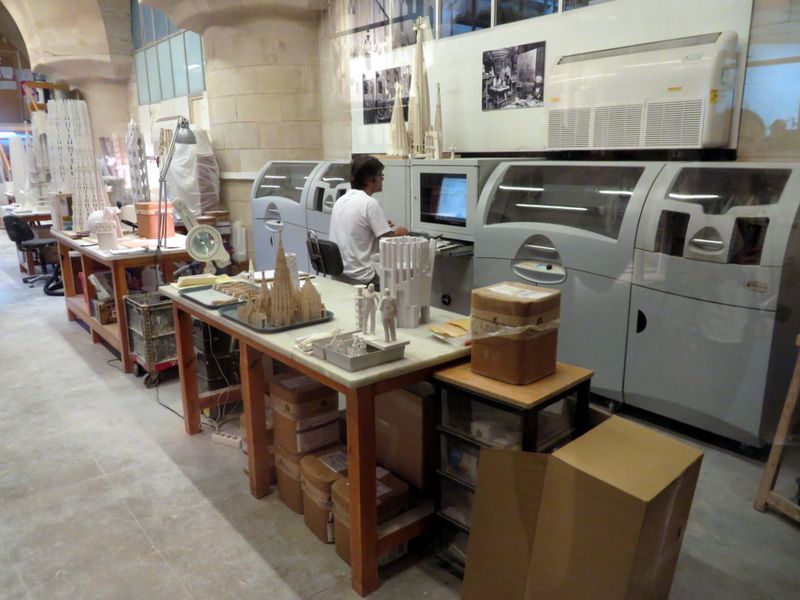 In the basement of the church, 3D printers make models to help workers understand how the parts fit together 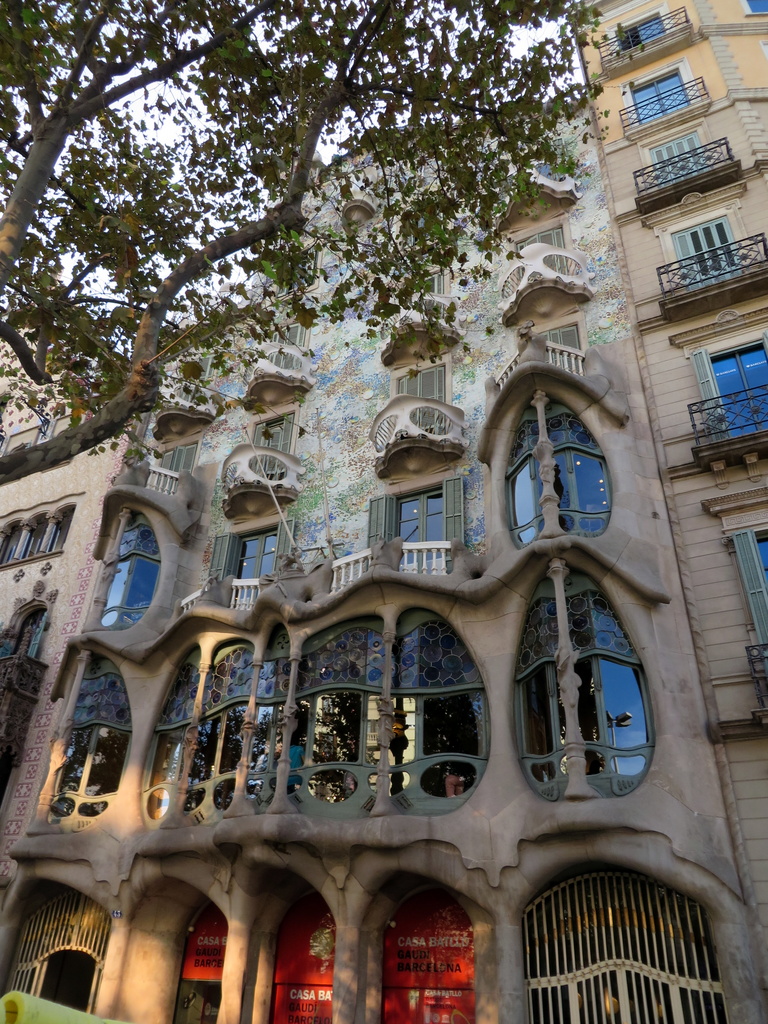 Casa Batlló is an apartment building designed by Gaudi 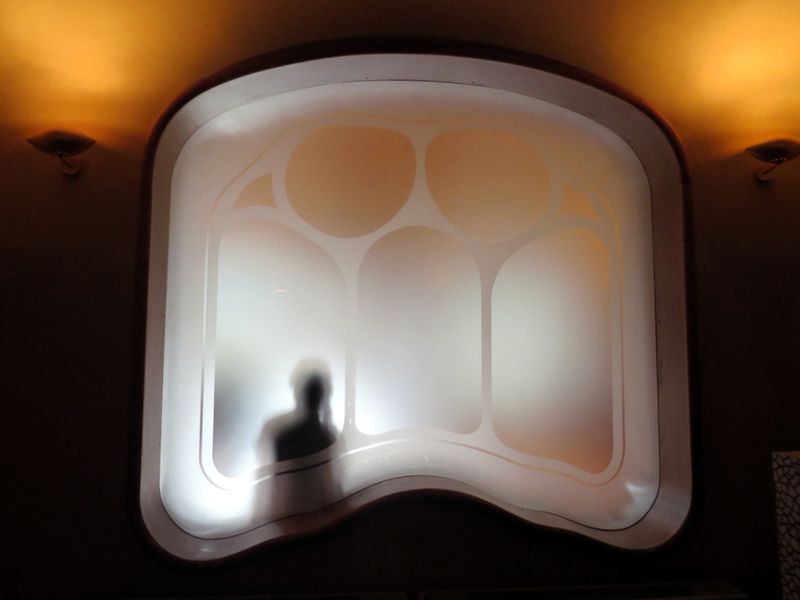 While Gaudi worked with organic shapes, he was very concerned about light. Here a window allows outdoor light from one room to another 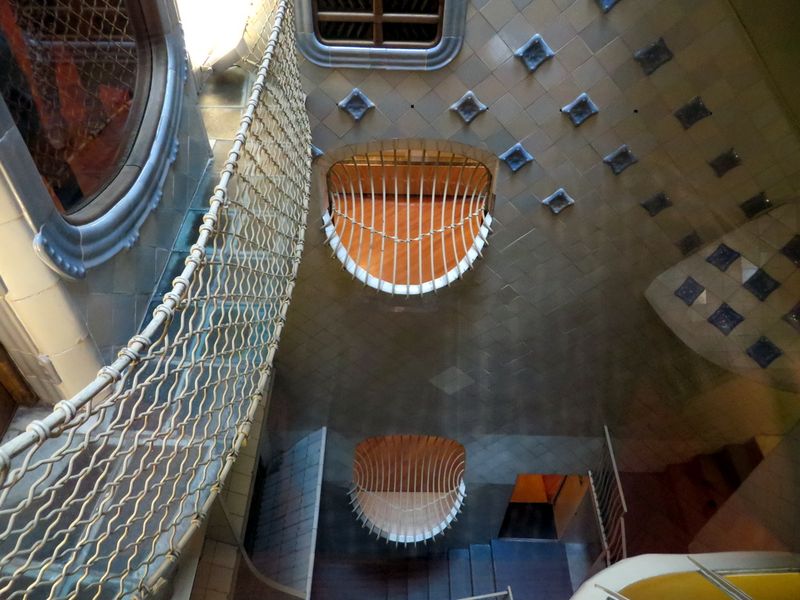 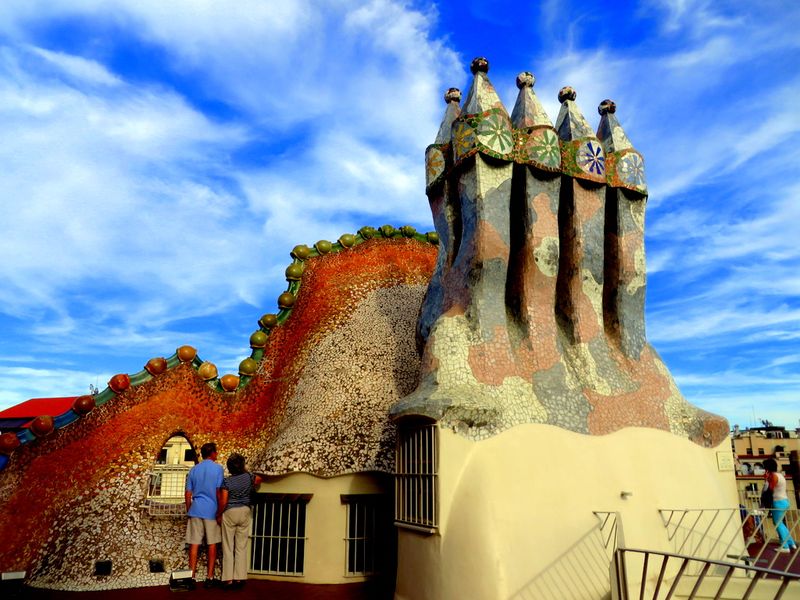 The roof of Casa Batlló

In the late afternoon and evening, we went rambling. 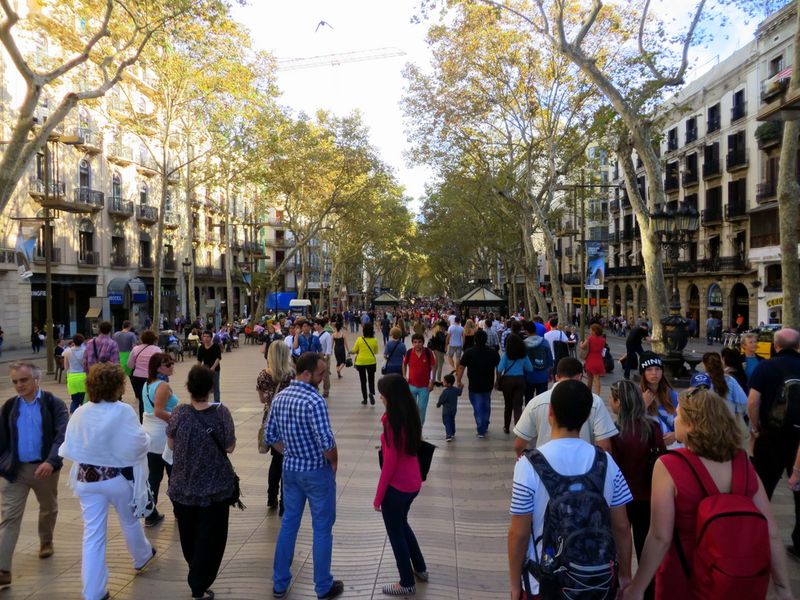 Late afternoon is the starting time for strolling time. Here is the official La Rambla sidewalk in the center of the street 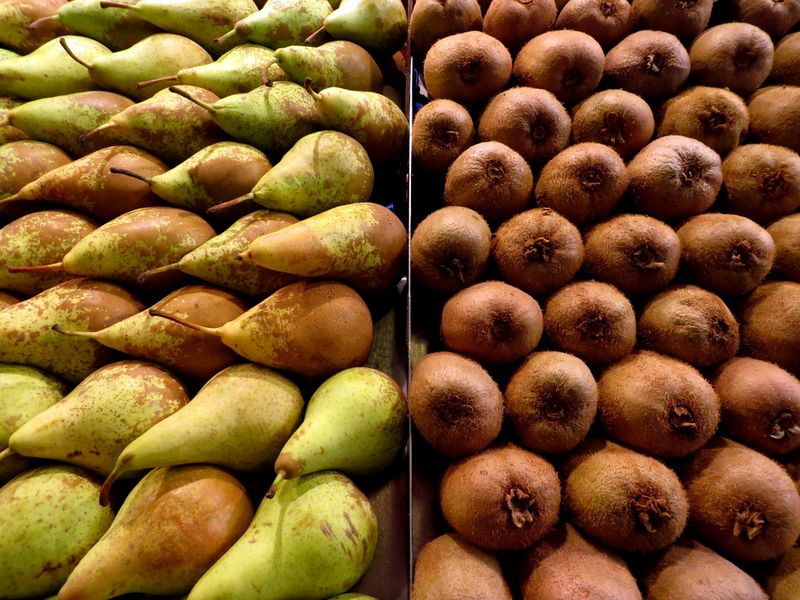 Fruit and mushrooms at the Boqueria Market 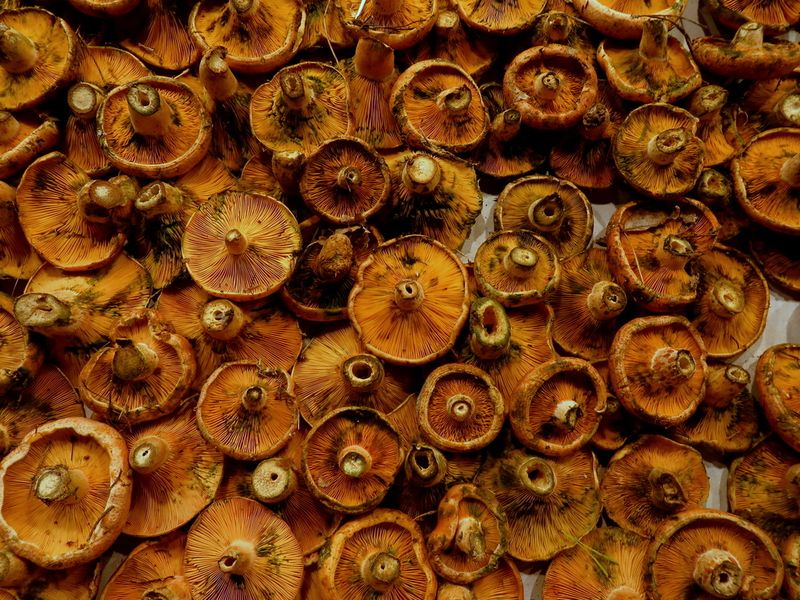 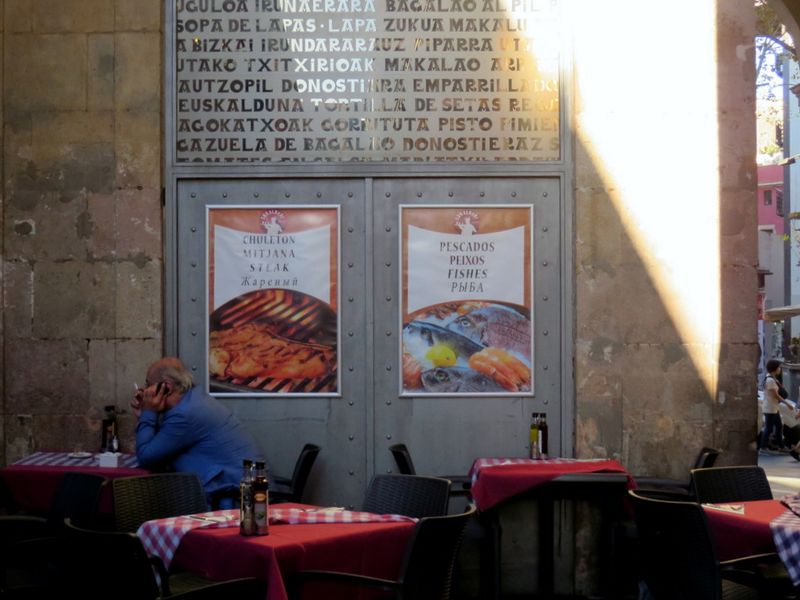 Outdoor cafe next to Boqueria Market 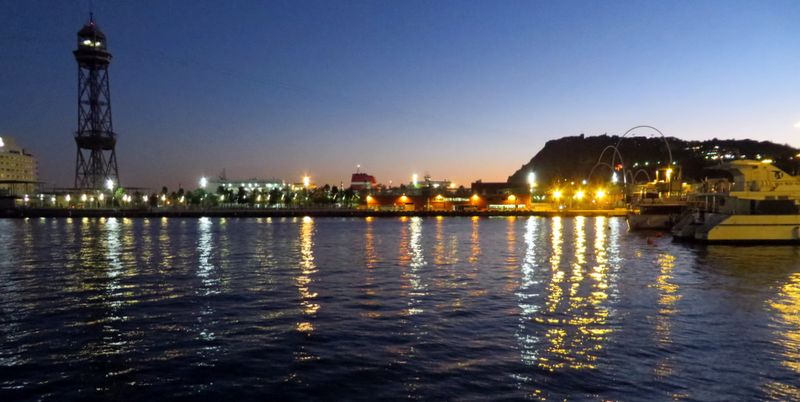 Port of Barcelona at dusk 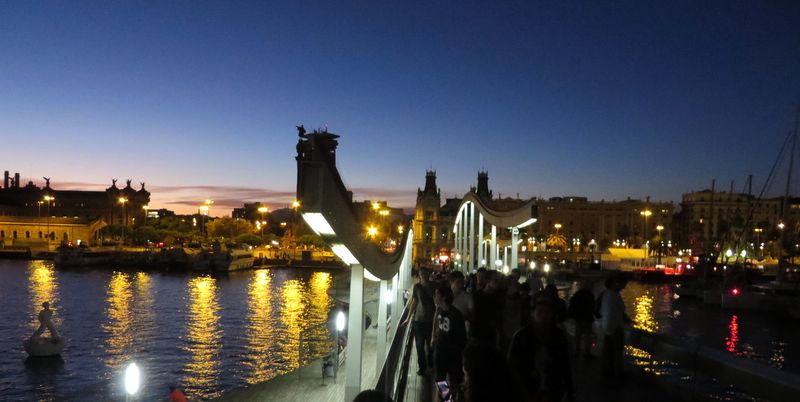 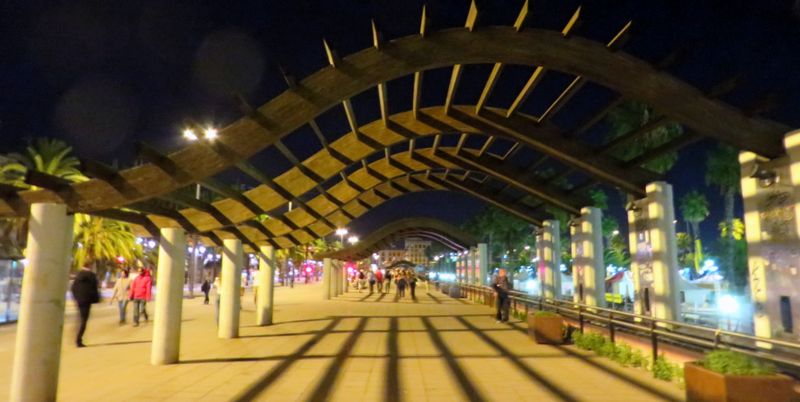 Rambla along the shoreline of the Mediterranean Sea

Posted at 01:08 PM in Travelogues | Permalink