My first few hours with Windows 10

Microsoft made the preview of Windows 10 available October 1. October 2 I had airplane tickets to fly to Europe. This was going to be a real fast eval.

I have, fortunately, one too many Windows 8 computers (don't ask), and so it was easy for me to pick the one on which I would install the experimental operating system. I tested it on my Sony Vaio Tap 11 tablet, which like a Surface tablet: super thin, with independent keyboard, 1.2GHz Pentium CPU, 4GB RAM, 128GB solid state drive, 1920x1080 11" screen -- a device I would never recommend to anyone.

(The  "10" name stems, apparently, from a Y2K-like problem. The year-2000 bug came about because programmers used to use just two digits for the year, which worked brilliantly until 1999. Similarly, programmers used "Windows 9" to test for both Windows 95 and Windows 98. Microsoft, apparently, saw the opportunity to turn this programming screwup into a marketing gimmick.)

The download and install took about an hour, after I had registered as a tester with Microsoft at https://insider.windows.com/. All it takes is a Live account; I use my wife's as she is on Hotmail and I am not.

The result is something that looks just like Windows 8, especially for those of us who have been using programs like Start8 to make Windows 8 operate like Windows 7. (Start8 keeps Windows 8 from going into Metro mode [a.k.a. Start screen], and adds a Windows 7-like Start button to the taskbar.)

The much vaunted return of the full Start button was not there. It turns out that it needs to be enabled, something the gushy tech reviewers fail to tell their reader: right click the taskbar, choose Properties, click the Start Menu tab, and then turn on the Use Start Menu Instead of the Start Screen.

So now the Start menu appears, but even then it is deficient, for the Control Panel item is missing -- the one item I cannot bare being without fast access. I was able to add it, but even here Microsoft still screws things up. Instead of adding this desktop program to the Start list (on the left half), Control Panel is added like a Metro app to the tiles section (right half). Dumb, dumb, dumb. (See upper right area in the figure below.) 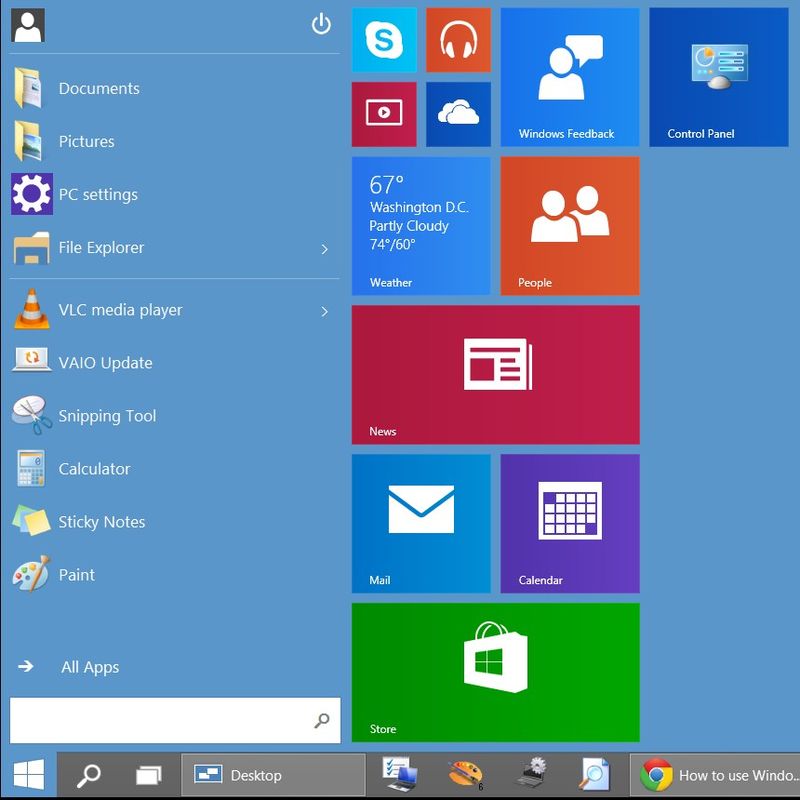 Clash of the Icons

Microsoft has updated some desktop icons to reflect the flat styling of the Metro look. As usual, Microsoft spends its billions on half-hearted efforts. Some icons get the styling, many common ones do not, such as Libraries and Recycle Bin. The result feels like some exec's child was given the task, got bored, and went skateboarding for the rest of the week. 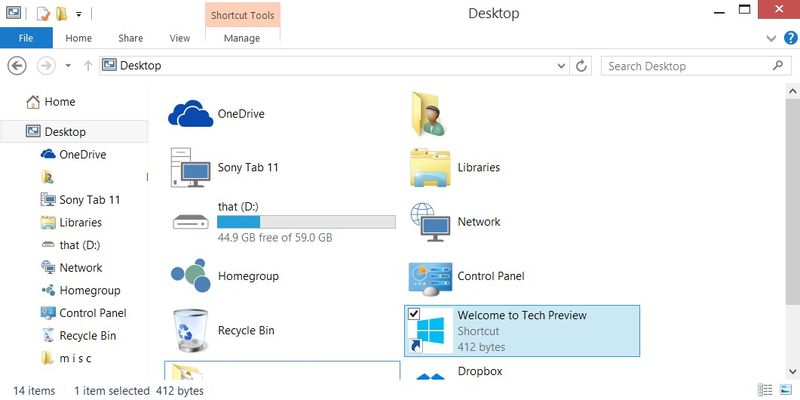 The same problem continues to plague dialog boxes that are under the control of Microsoft. Some are streamlined, but too many others are still stuck in the Windows 3.1 era in that they look old, but worse: they are not even resizable. Still not.

Another big deal to Windows 10 is that Metro apps can run in windows, instead of being only full-screen in Windows 8, or in half-screens under Windows 8.1. I suppose this is nice, but it is pointless for me. I don't use Metro apps (except for mandatory system ones), because I refuse to allow Microsoft to creep me by signing up for its Store.

Here is what search looks like, which Microsoft proudly proclaims searches the computer and the Internet. Ain't technology amazin'? (The company made the same boast back with Windows 98, and then it became a security disaster.)

Take a look. What can I say? It's been designed to ensure I won't use it. 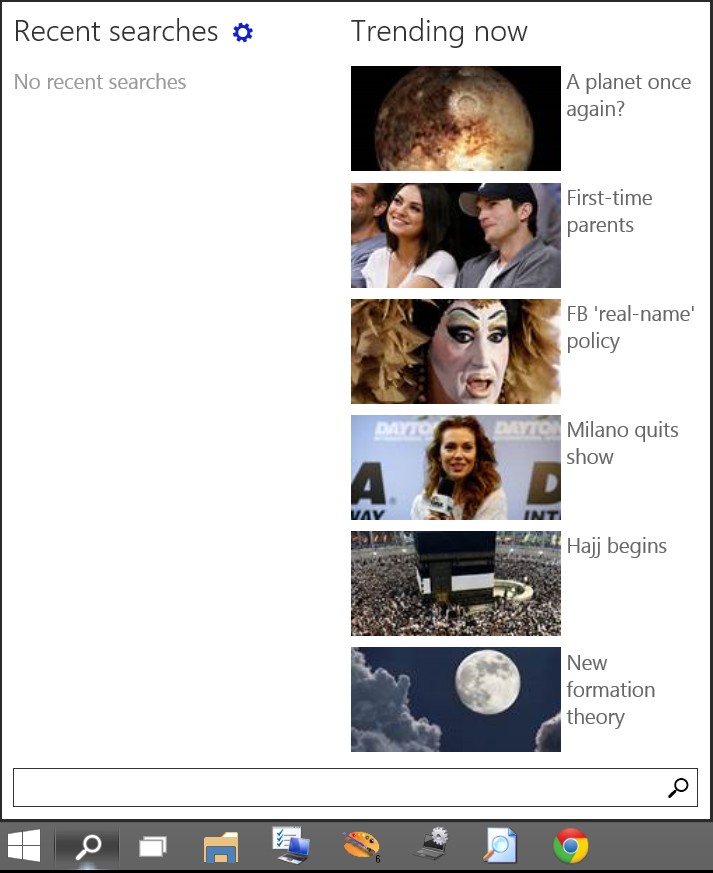 Finally, a word about Alt+Tab. It's been given its own button on the taskbar, so that tablet users can access the function. In the figure above, it is the third icon from the left.

As for the vaunted multiple desktops, we all know Linux had them for decades now, and that OS X got them last year. I've never used multiple desktops on those two operating systems; just give me two monitors. Alt+Tab is all I need.

Posted at 01:36 AM in The Microsoft Chronicles | Permalink

"The much vaunted return of the full Start button was not there. It turns out that it needs to be enabled, something the gushy tech reviewers fail to tell their reader: right click the taskbar, choose Properties, click the Start Menu tab, and then turn on the Use Start Menu Instead of the Start Screen."

Didn't you install it on a tablet? This is the reason why you had to turn it on. if you had installed it on a desktop, you would see the much vaunted return of the full Start button.

"As I currently understand it, which Start experience you receive in Windows 10 will depend on a number of factors. Those with traditional PCs or 2-in-1s will get the Start menu by default. Those with tablets will get the Start screen by default. And those who upgrade should receive whichever Start experience they were previously using. But it doesn't really matter, since you can switch between the Start menu and the Start screen at any time."