BIM consultant and reseller Microdesk is open for business in San Francisco, with their new office in the financial district. In their first Tech Talk Thursday, they invited potential customers -- and yours truly -– to show how UAVs (unmanned aerial vehicles a.k.a. drones) can photograph nearby buildings, leading to 3D models.

Microdesk got its start in the Boston area 20 years ago, and now has 11 offices around the country. It sells its products and services mostly in the architecture and construction industry. Their newest office is in San Francisco office and houses eight employees.

Peter Marchese, who is Microdesk's 3D scanning ace, came from his Philadelphia location to fly the UAV overhead San Francisco – nearby and always within sight. During its time in the air, it took a few photos with its GoPro camera but not enough to make a model. In contrast, a previous project took 6,200 photos and about a day to process. 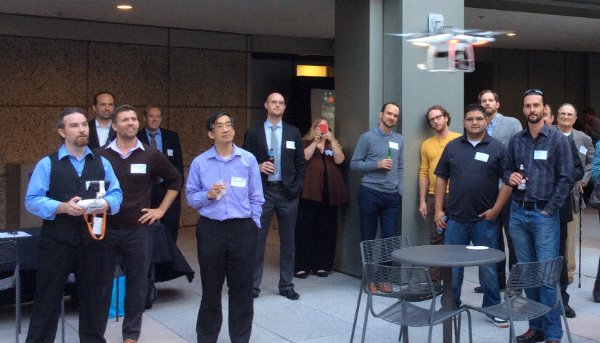 Models are stored as .rcp (recap) files. To view them, we would have to download a trial version of Autodesk’s ReCap, which, frankly, seems to me to be a little too much work. I await from Autodesk a lightweight RCP viewer.

Peter gave a presentation to the 20 or so architects who were in attendance. He showed them, among other things, how camera-equipped drones might actually be employed. The photos are copied from the GoPro’s SD card, and then uploaded to Autodesk's cloud-based service, which, as if by magic, stitches the pictures together to make the 3D model.

Autodesk charges Microdesk just $5 per model, and doesn’t seems to care whether there are hundreds of pictures or thousands of them. In light of the massive amount of processing that must be done, the price seems quite a bargain. I am not sure, however, how long this price can last.

I suspect the process to make 3D models may be a lot more labor intensive than we are being led to believe. Each time I have seen it demonstrated, the demo jocks don't actually show me the process, except that days later they come back with a model. I am not a believer of miracles; I expect a lot of work transpired. But even if it does take a couple of people toiling away for hours, this is a remarkable time saving over the time it would take to make the model from other means: from a blank screen with computer modeling, or from a point cloud from a LIDAR scan.

The 3D model produced by the demo is not perfect, nor is the process very streamlined. It takes many photos to make a detailed model, and uploading them all to the cloud takes time. The resulting 3D model is not easily shared. It looks grainy. Parts of it near the edge are distorted. Black spots show missing details, and there are many of them. In other words, it's not exactly movie-quality imagery. 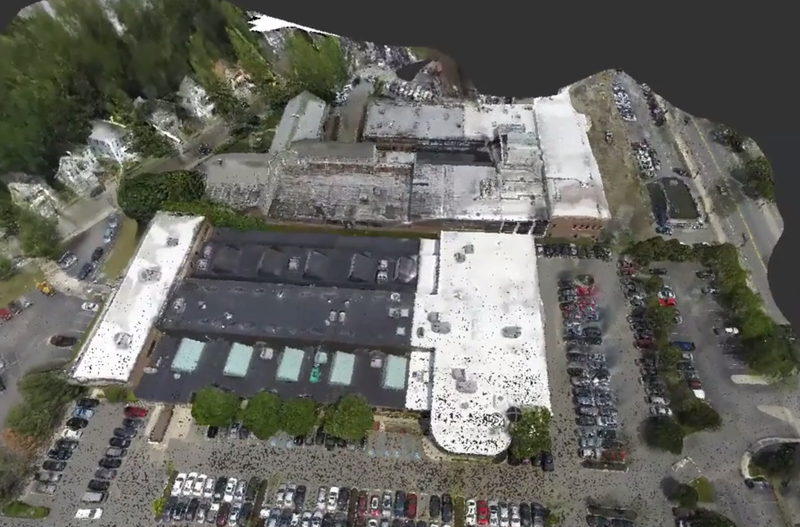 However, I get the sense that improvements will be forthcoming. Photogrammetry is simply too compelling a technology, its uses so varied, and its cost of entry too low, for it not to attract users, adherents, and investment. The cost of the hardware is minimal compared to alternatives. The UAV is essentially a radio-controlled aircraft, available in toy stores. The whole rig, plane and camera, costs less than $2K, says Marchese.

With this demo, Microdesk is positioning itself as a leader in photogrammetry services for AEC and civil applications.

Posted at 01:23 AM in Roopinder Tara | Permalink