Dassault can't decide: should it be SOLIDWORKS or SolidWorks?

We editors worry about grammar and stuff so that you, dear reader, won't need to. One worry we have is how to print trade names that are capitalized annoyingly, such as "upFront.eZine" and "CATIA 3DEXPERIENCE."

The problem with all-caps (as we in the biz call it) is that it SHOUTS!, which is the intention of the marketing genius who invented it, of course. Now, it took a marketing genius to invent it, because all-caps normally refers to acronyms, like STEP and BIM. The smart reader asks, "What is CATIA 3DEXPERIENCE short for?" But that would be a dumb question.

Now, this screed comes about after a reader called me out for writing "Solidworks" in this week's upFront.eZine. The W is uppercase, he archly told me, as in "SolidWorks." To which I replied, "It is much worse, actually. They now spell it all uppercase, SOLIDWORKS, officially."

He checked, and it turns out we both are correct. Dassault Systemes (not all uppercase, by the way) spells it both ways on their Web site. I guess this is to keep the all-UPPERCASE-haters from hatin': 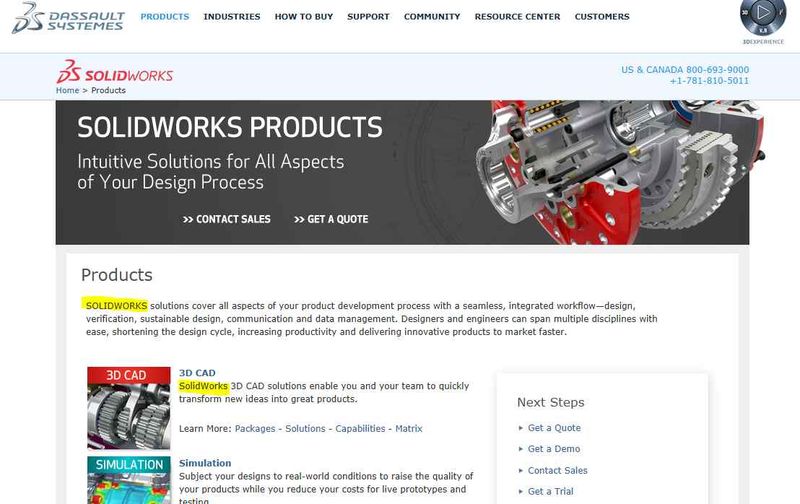 Two Solutions to the Singular Problem

So, what should be the editorial policy regarding Annoying Capitalization of Trade Names?

My dear friend, Randall Newton, announced at one point that he would spell a trademark the first time it appears in his articles the same way marketing departments want it (just to keep the hounds of marketing at bay -- and trust me, they will bay over mis-capitalized trade names); following this initial appearance, he then spells it the way we all want it to be, and so for the remainder of the article it appears mixed case. I have not, however, checked if he is keeping to his word.

I am not as generous. If the trade name is mixed caps, then I spell it the way it comes to me (solidThinking); but, when all caps, I change it to title mode, such as Solidworks and Catia 3Dexperience -- no first time credit from me.

Further fussiness. When a file refers to the name's extension, I spell it all lowercase, as in .dwg. When it refers to the file's format, then it becomes DWG.

Yah, this is the kind of stuff over which we editors obsess.

P.S. Pet Peeve: writers who capitalize the nouns of commands, such as writing "draw a Line." Ugh.

Posted at 01:58 AM in Behind the Story | Permalink

Should we even be trusting the 'web site update team' to get this correct?

1. What to do with SOLIDWORKS as the Code gets older & older, & as they continue with Feature Bloat.

2. What to do with CATIA, the best kept secret in the CAD World