"We have done no investment in mobile," states Bricsys ceo Erik de Keyser categorically. "We are following it; we think it is not yet necessary. We are investing in mobile [project] management through Chapoo, which runs on mobile -- but not [investing] in CAD."

Instead, he introduces to us Orange Juice, who are developers from London England. They have a new approach to the user interface for using CAD software on mobile devices. (I am proud to say that I introduced Orange Juice last year to readers of this blog, which caught the attention of Bricsys and at least one other CAD vendor. See, for example,  http://worldcadaccess.typepad.com/blog/2014/03/orange-juice-studios-cado-goes-on-kickstarter.html.) 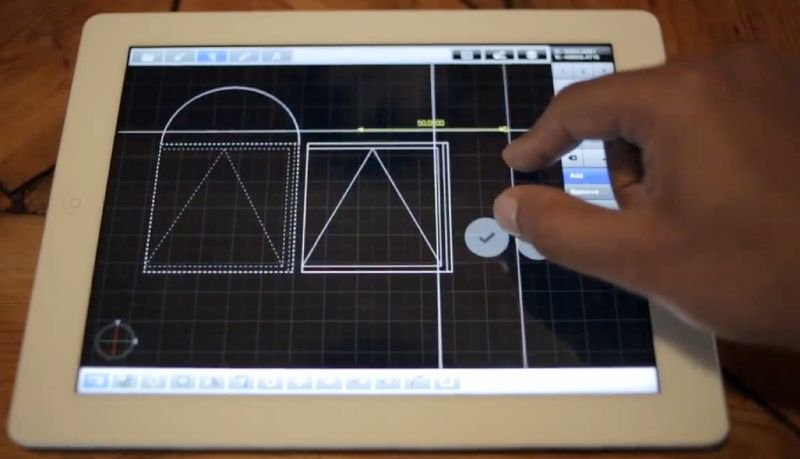 Cofounder Attzaz Rashid  tells us that Orange Juice Studios arose out of the frustration that iPads cannot be used effectively for CAD drawing creation. "There are other CAD programs in the mobile space, but I don't think they address the problem of using CAD in a touch environmen," he says. 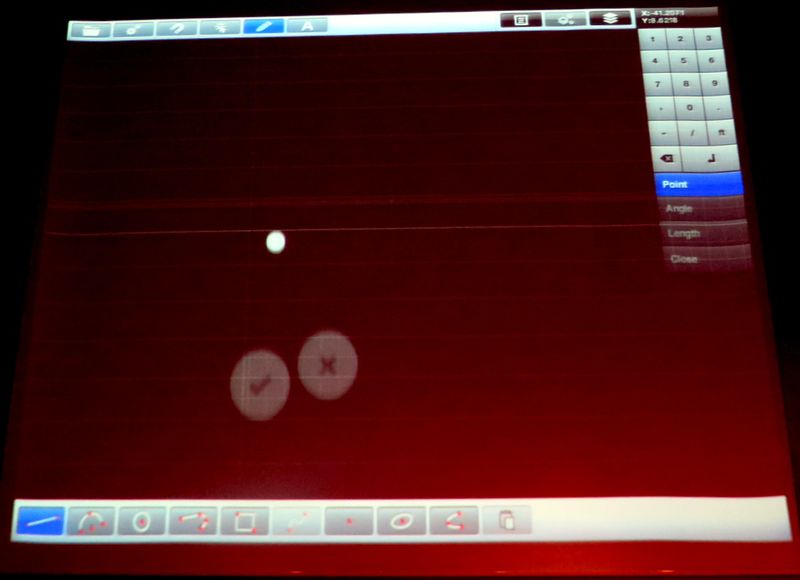 We are seeing a live demo. The main item is the "virtual mouse" with two buttons, and is patent pending. Left button: performs the current function, such as drawing a line; second button: cancel or switch modes. Along the bottom is the context menu that changes depending on the mode selected along the top. At the right is a keypad, which appears only when needed. Options also appear near where the object is being drawn or edited. File-related functions appear from the left.

There is no limit to the canvas size, and can zoom out to the solar system -- something not possible on other mobileCAD products. File transfer is through Dropbox or email.

Posted at 07:26 AM in Travelogues | Permalink

In January this year, I moved from a Lenovo X1 with i5, 8GB RAM and 260 GB SSD to a Surface Pro2 with the same specifications except that it has 512 GB SSD.

As I used to run AutoCAD 2014 (full version) on the X1 with dual 24 inch monitor displays, I figured that it should work on the Surfy and indeed it does. So I ditched the laptop and now the Surfy is my main PC. Just for giggles, I also loaded Revit 2014 thinking that it would run like a dog - but it is quite usable.

Why carry an iPad and then need a "real" computer?