foto of the sunday: Galiano Island as seen by a fish's eye

The cameras of recent Android phones can take 360-degree photographs. But when viewed by software that don't handle spherical displays, the image is distorted at the top and bottom, kind of the way that maps of the world exaggerate the Arctic and Antarctic regions. (So, no, Greenland is not the largest land mass on Earth.)

Sometimes the distortion works, as it did in this photo I took of our cabin atop the sandstone cliffs that border much of Galiano Island: 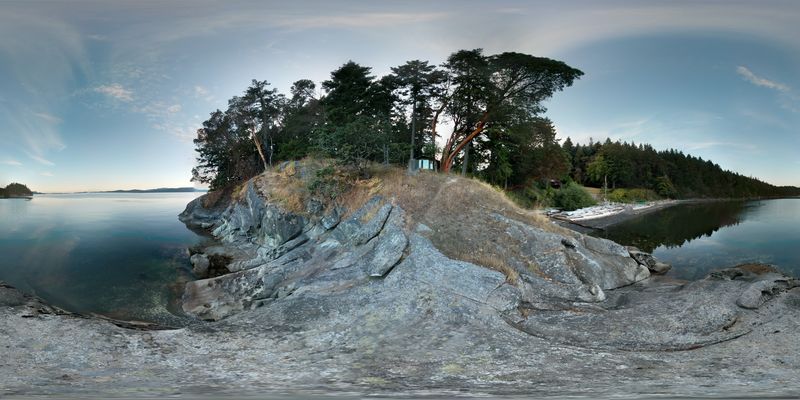 When viewing the photo, keep in mind that the left and right edges meet, and that the bottom is horribly distorted: to take the photo, I stood on a small outcrop of sandstone -- not the massive expanse shown by the flattened representation of the 360-degree image.

Posted at 01:47 PM in Travelogues | Permalink

Super cool :) So this isn't the panoramic feature, it's actually a 360? I have a Galaxy but never saw that feature...hmm

I think that the spherical camera is available on Android 4.4 phones