174 Reasons to Upgrade to AutoCAD Release 12

Blast from the Past 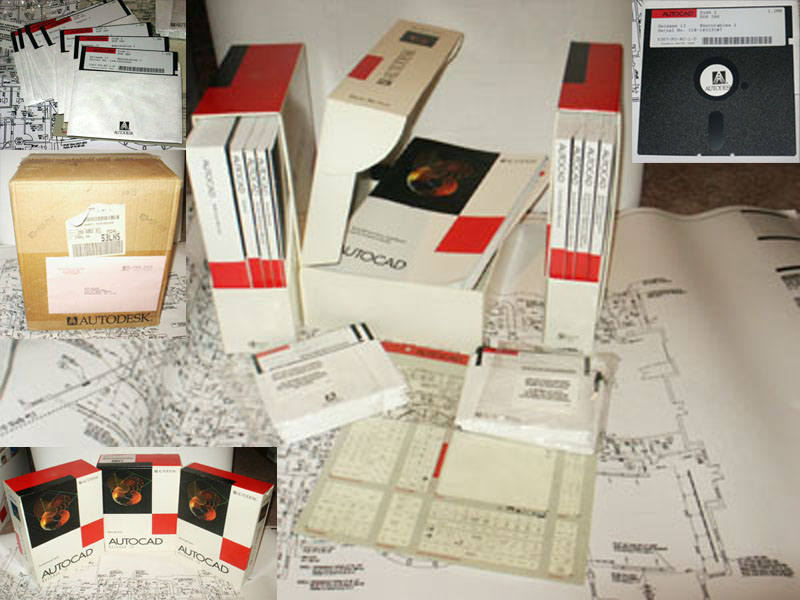 It was 1992 when Autodesk shipped AutoCAD Release 12. This was one of those favorite releases among users, like AutoCAD 2.5 before it and Release 14 after it. It represented the end of an era, the last version available in all major operating systems: Unix, DOS, Mac OS, and Windows.

It was also the end of the era of massive printed documentation sets. For Release 12, Autodesk produced enough manuals to fill a foot of shelf space. Above is a photo from dave_in_delaware posted to CAD Tutor. (I have the complete set, but found it easier to Duck-duck-go a photo than to haul it out of the back of storage.)

One of Autodesk's advertisements for AutoCAD Release 12 said there were 174 reasons to upgrade, but the ad stopped at reason #90 -- saying there wasn't enough space on the page. The full list was eventually produced by the marketing departmen, along with two bonus reasons. Some of the functions are distinctly odd sounding to us in 2014, such as SHROOM and DXFIX.

Here are the list of the 176 new features, as outlined from Autodesk, but sorted by me into topics.

1. Something every AutoCAD user has been waiting for: new technology that virtually eliminates regens. A new built in 32-bit display list permits pans and zooms without regens. So you can spend your time editing your drawing, instead of waiting for regens.
45. Enhanced command transparency lets more commands be used inside other commands.
47. ZOOM Window is now the default.
61. New View Control dialog box allows selecting with a pick instead of typing in view name.
107. New Single Viewport Regen command regenerates entity information in only selected Viewport; other Viewports remain unaffected.

40. Enhanced CONFIG command allows for configuring AutoCAD from the drawing editor.
70. Configuring for ADI drivers has never been easier, with the new feature that displays all drivers in the appropriate menu when configuring AutoCAD.
98. New ADI 4.2 Reentrant Dispatcher allows AutoCAD to communicate with multiple devices at the same time.

2. The plot quickens. Now you get WYSIWYG plot preview, on the fly plot device selection and the ability to save plot configurations.
17. Support for 255 individual pen widths for laser and electrostatic plotters.
18. You can plot without leaving the drawing editor. (And without losing the UNDO file.)
51. Network users can view and plot AutoCAD drawings without using server authorization.
71. HP Laser Jet legal size paper output is now supported by a new, improved device driver.
62. You can plot AutoCAD drawings as bit map files in PCF, TIFF, TGA and GIF formats. You can even automatically FAX your drawings to a subcontractor or client.
73. AutoLISP and ADS can now be used to drive the PLOT command.
109. Plot Optimization Level can now be reset at any time via dialog box not just at device configuration time.
110. Plot Paper Size and Orientation selections now accessible via a dialog box.
111. Plot Scale, Rotation and Origin selections now accessible via a dialog box.
123. New feature sends current drawing name to ADI during plot queue up.
124. ADI plotter drivers can now communicate interactively with user via dialog boxes.
125. AutoCAD can off load Polygon Fill operations to local plotters that have that built in capability.

25. Programmable dialog boxes can be customized for your particular working environment or by third party application developers.
32. Platform independent menus and dialogue boxes that follow operating system standards. So AutoCAD works like other programs on your computer.
33. A new improved graphical interface makes the power of AutoCAD more accessible to everyone.
34. Cascading pull down menus that put more power at your fingertips.
35. Pop up menus at the cursor location for often used items.
36. Screen menu is automatically updated to reflect the currently running command.
37. Shift and Control key combinations allow you to invoke more commands with your mouse and digitizer buttons.
38. Single mouse click and release action for selecting pull down menus.
87. Maximum number of pull down menus increased from 10 to 16.
134. New menus have associated AutoLISP (MNL) Support file which permits easier editing and customization of menus.
135. New Previous Menu Item Repeat feature allows user to repeat commands with associated subcommand options, with a double click.
136. Pull down menu items can now be marked with a leading check mark allowing developers to indicate preferences.
137. New dynamic graying and marking of pull down menu items controlled by ADS and AutoLISP applications.
155. Dialog box Edit fields now support insert/over type modes.
156. Dialog boxes can be navigated using the keyboard ("tab," "alt" + accelerators).
157. Dialog boxes can be dynamically moved and relocated around the screen.

47. Script files can now contain comments and remarks to allow for easier reading.
62. Script files are no longer left open when completed.