Photobook reveals the solider's life in the war of Afghanistan

A publicist offered to send me a book to review of the war in Afghanistan. The war over there, in which my country Canada lost the most soldiers (on a per-capita basis), has always been a vague thing, and so I looked forward to seeing the book.

After a few SNAFUs in delivery, the hardcover Afghanistan on the Bounce: Boots on the ground with the US Military and the International Security Assistance Force arrived last week. It is photographed by Robert Cunnigham and annotated by Steven Hartov. 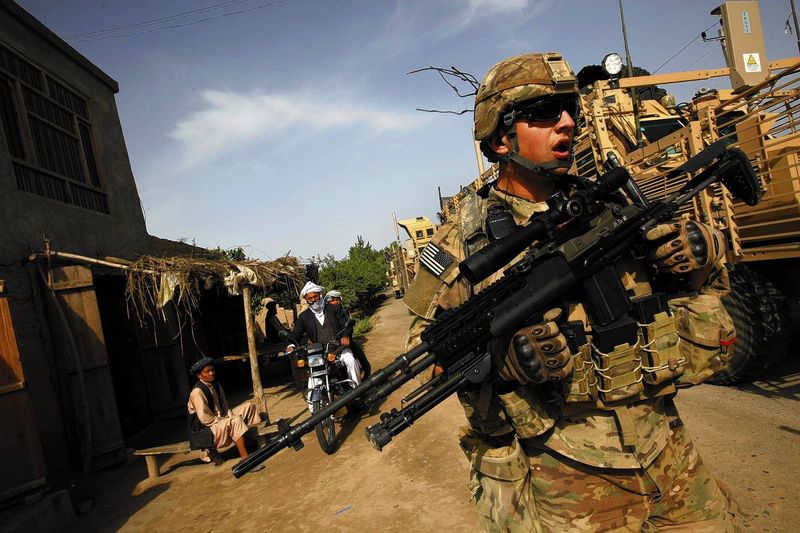 It is part coffee table book and part encyclopedia. The photos fill the large pages, and then are interspersed with smaller booklets that provide details, such as the parts of the SOPMOD accessory kit (for guns) or the layers of clothing soldiers put on.

As I paged through the book, I became increasingly irritated at the small number of captions. Few photos have them, and so the meaning of many others was lost to me. What did it mean when a group of soldiers hurriedly unpacked fire extinguishers from cardboard boxes in front of an active (but unburning) helicopter? No idea. Of the few captions, many are too generic to satisfy. Immersing oneself in the photos will do.

Although ISAF is mentioned in the title, the other 50 countries receive no mention.

The author spent two years photographing 40 units on 132 combat missions, as well as civilians. The result is a book that gives us back home a feel for what it is like to soldier in the hot and barren hills of Afghanistan.

Afghanistan on the Bounce
http://afgotb.com