« What happens when we try Nomad with no Vectorworks sub | Main | Using WiFi with a digital camera, part ii »

Using WiFi with a digital camera, part i

I've been spoiled by how well Dropbox integrates with my Android phone and tablet. I take any number of pictures, and the next time I am at my desktop or laptop computer, the pictures I took with the Android devices are already there. Very slick.

(DropBox running on the Android device automatically uploads the image files to the DropBox servers, which then download them to my computers. This works best when preset WiFi connections are present.)

Dropbox running on my ASUS Transformer tablet. These are all the photos taken by any of my Android devices.

Late last year I bought a new digital camera, Samsung top-of-the-line EX2F compact point-and-shoot. I bought this  handsome camera primarily because it has the largest lens among all point-and-shoots on the market, an astounding F1.4. A lens this bright is rare even among DSLRs. I bought it, because I don't use a flash; the bigger the opening in the lens, the easier it is to take shake-free photos in low-light situations. 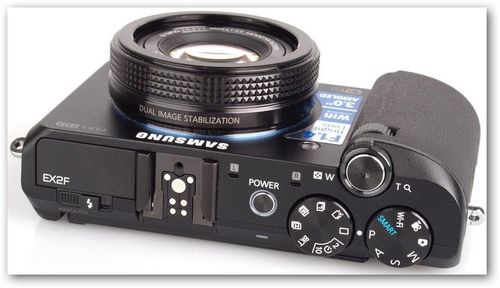 The camera also has WiFi, and so I was eager to try it out. In brief: it is disappointing. Here is what I was hoping for: as I take pictures, they are automatically transferred to my nearby laptop. I gained that expectation from the Android-Dropbox combination. But the EX2F doesn't.

Now, Samsung over the last half-year has slowly improved the camera's software through a series of updates, and so it is not quite so awful. But it still isn't Android-Dropbox slick, a surprise, given that my Android phone (Google Nexus) is made by Samsung. They should know how these things ought to work.

Next in part ii: the many WiFi functions of the EX2F