This year's first episode of CSI:New York featured a 3D printer that made a gun used to kill two people. The application of the technology in the episode was uneven. Here is my list of Yeas and Neas:

Yea: the gun was 3D printed from sintered metal

Yea: the 3D printer was a home-made rig

Nea: the gun was printed in minutes, sped up by some fast-motion video (see figure below) 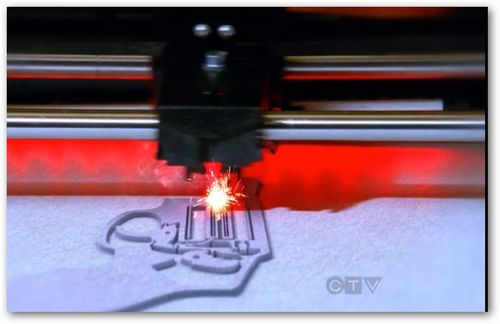 Nea: when done, the gun was cleaned by wiping it with a rag

Nea: the gun's surface was perfectly smooth, as was the inside of the barrel

Nea: bullets fired from the gun left no stridation marks

Yea: the gun exploded during its second use

Yea: the CSI team found the files for printing the gun

Nea: when displayed on a computer screen, the files looked like output from MathCAD (see figure below) 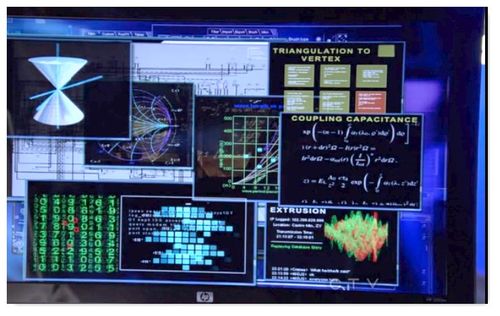 Yea: the techie was able to print another gun from the files

Yea: the CSI techie described 3D printing to his team by showing an apple that had been sliced horizontally many times

Nea: one of the CSI team said this concept was w-a-y to complicated for her

Nea: one of the team commented that creating a gun now was as easy as pressing "Command+P" (but the computers used were Windows, not Macs).

Posted at 01:37 AM in Behind the Story | Permalink

Your breakdown is great, Ralph.

It's not the first time CSI:NY has featured 3D printing. Eight years ago (!), a Z Corp. 3D printer was used in an episode to create a bullet. Z Corp. issued a press release about it, which we published here: http://www.cadalyst.com/hardware/3d-printers/on-job-3d-printer-helps-solve-forensic-mystery-csiny-5092

Hi Ralph:
Just yesterday I saw a very old episode of "Mike Hammer",where the villain used a 3D"printed" mask to masquerade as the Hammer, trying to incriminate him. The example shown to Mike was the 3D model of the space shuttle, from AutoCad, years ago.
Regards
Rob Israel, Sydney, Australia