Windows 8 not selling well, and here's why

The release of Windows 8 failed to give Microsoft and hardware makers the boost they were expecting. We knew there was a problem early, when no CAD vendor made a fuss at the launch, and that most haven't bothered certifying their software to run on the crazed-hybrid operating system. You could say 8 is the anti-XP.

There are two reason for 8's failure to ignite sales:

Mary Meeker does an annual overview of the tech industry, and here is the slide that illustrates the problem for Microsoft (who has essentially no presence in mobile) and the wonderful news for everyone else: 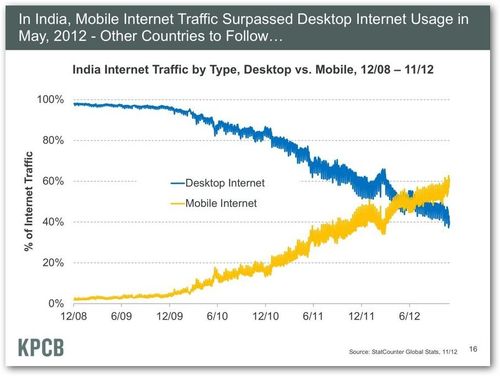 Posted at 07:38 AM in The Microsoft Chronicles | Permalink