« Cado is solving the fat finger conundrum | Main | The Wengerd Report: What I Learned At AU 2012 »

While Orange Juice Studios of England hopes to ship Cado on iPad in a half-year (which is several generations in today's fast moving world of mobile programming), cadTouch of Italy is already busy reving its CAD software for iPad and iPhone software, now at revision #4.

I could be wrong, but it seems to me that cadTouch might be the most advanced 2D CAD package on iOS. By this, I mean that it seems to have the most functions, and I temper my claim by noting I haven't seen them all.

(And that's the problem, isn't it? Developers  like Autodesk get lots of press coverage, because they have large marketing departments and can afford broad marketing campaigns. I only found out about Orange Juice and cadTouch because their self-employed owners contacted me in the hopes of a mention.) 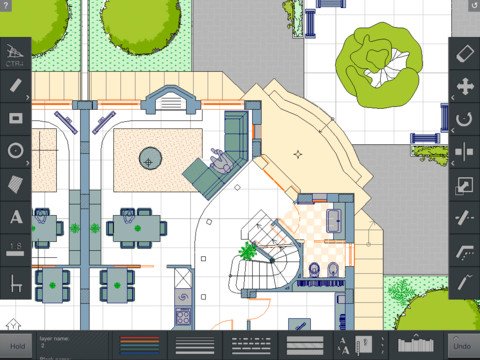 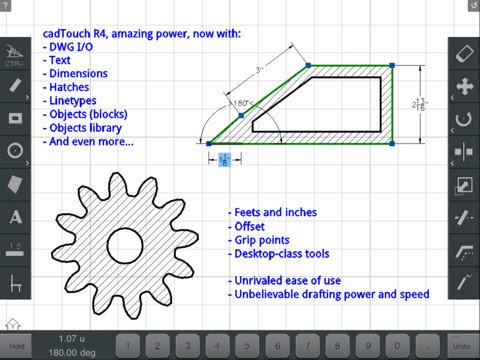 My copy of cad touch on android keeps deleting half of my work and replacing it with random dulpications of random sections of the drawing. this seems to happen a short time after i have grouped together several lines into one entity. the drawings are very simple just a few boxes 20 x 20 x 10mm boxes with 3 holes through them.
All original data is lost and the random duplications remain even after i close the app and reopen.
So as it stands my copy is unusable at this time.
The app only cost £8 but i have spent many hours teaching myself how to use a CAD program and because of this fault i have got no usable drawings to show for my effort.
Not a happy boy.
Paul
Bolton.
England

We are sorry about this issue you are experiencing with CAD Touch. The problem is related to an issue with the usage of our dwg database. I'm sorry about this, one temporary workaround is to save (press the cadTouch icon on the top-left part of the screen before important editing operations). Anyway, CAD Touch suffered a period of halt on development, and now finally we are hard at work on a quick bug-fix release and the new 6.0 release with a lot of great features. So please visit our website http://www.cadtouch.com for more news on this.
Again, sorry for the inconvenience, and thank you for the detailed description of the issue.