At $200, tablets are still too expensive

A columnist at Engadget last week bemoaned Google for its $200 and $300 tablets. By being so inexpensive, the low prices hurt consumers. (It wouldn't take long to come up with a very short list of which company might have whispered in his ear.) In an update later added to the piece, he apologized.

Here's the thing that the folks who toil in the Ivory Tower called Engadget don't get: $200 is still a lot to pay for a tablet.  Get out for some fresh air, and stroll through the garden of technological delights called eBay. To those who might care to expand their horizons, it becomes very clear very quickly that $200 is a lot to pay. 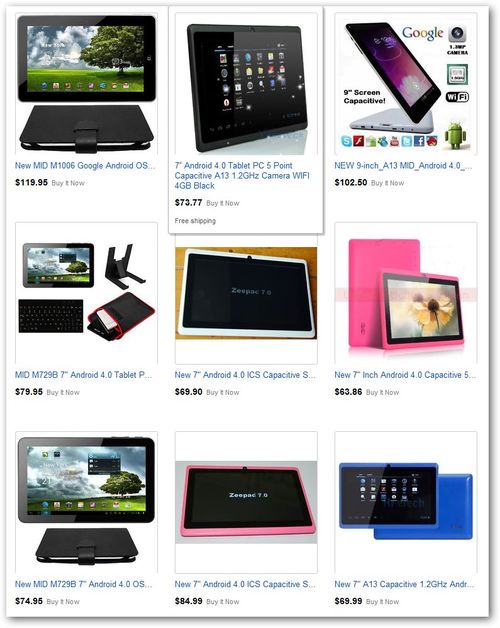