Kevin Shalvey of Investor's Business Daily is reporting that the number of active users for Autodesk's recently-acquired Facebook-based Socialcam fell 75% in the past month:

...through the first days of August, video-sharing app Socialcam was the No. 1 most-used application on Facebook, with 70 million-plus people using the app at least once a month.

As of Sept. 5, Socialcam's monthly Facebook user count had fallen to 16.6 million... It no longer ranks in the top 15. 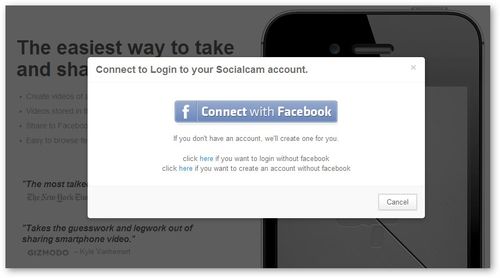 Socialcam was #1; former #2 video-sharing app Viddy is now #1, falling only 17% in the same period from 30 million down to 25 million users.

Mr Shalvey explains why Socialcam's numbers fell off the cliff:

Socialcam's users shot up earlier in part because of Facebook's "social graph," which let users' friends on the social network see which videos the friends were watching.

He reports he was in conversation with Socialcam CEO Michael Seibe, but the line went dead after (a) Autodesk began acquisition talks and (b) the numbers began to fall. Autodesk paid $60 million.

As an Autodesk customer, I am seriously considering alternatives. Social media and CAD? That $60 million could have paid for a lot of R and D to fix real problems CAD users have. Carl Bass is driving Autodesk into the ground.

A ceo has to balance the cost of developing new technology in-house vs. acquiring it.

I suppose Mr Bass considered it was cheaper to buy the social-camera technology and its 17 million users with sixty million dollars -- than to (a) pay his programmers who might not come up with the right thing and (b) not have 17 million instant users. (Can't call them "customers" because they use the software free.)

Nevertheless, I don't understand Autodesk's infatuation with social networks, given that many corporations block Facebook, Twitter, and sometimes even the entire World Wid Web from computer-using employees. Heck, one firm I visited as a consultant even removed USB ports from all corporate desktop computers.

"As an Autodesk customer, I am seriously considering alternatives. Social media and CAD? That $60 million could have paid for a lot of R and D to fix real problems CAD users have. Carl Bass is driving Autodesk into the ground."

CADCAM users unfortunately have very little backbone when it comes to taking direct action and having the guts to change CADCAM systems. I'm sure Carl Bass counts on this. That being said it's nice to see more people are as fed up with Carl Bass's nonsense as I am.

As a Part of an adesk Reseller team, i am wondering whether adesk is opening new opportunities or losing focus. probably socialcam will be a platform that will be integrated in acad and other products to share learning videos.... i hope. instead of another cloud mumbo jumbo.