« Oh, and by the way, I'm off Twitter - Updated | Main | Background story to Autodesk's presence at Apple's iPad event »

How to watch Google rental videos (what Google doesn't tell you)

I purchased some of Google's 25c rental movies ("The September Issue" and "The King's Speech" so far), and got them to download onto my Android.

But my wife would like to see them, too, and so I tried to figure out how to view them on my computer with its bigger screen. Google says I can watch them on Androids or PCs, but doesn't say how.

I played around with some and by making mistakes finally figured it out. After you pay for the movie rental, you can watch it on your PC (or Mac) like this: 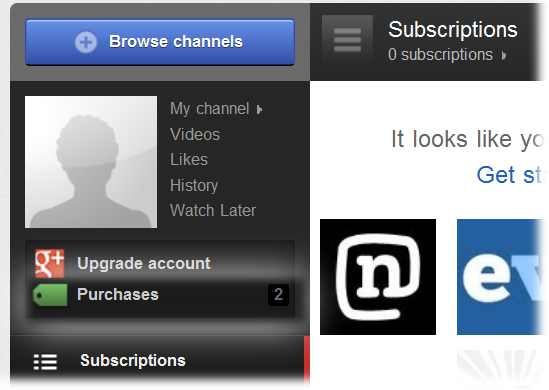 4. On the purchases page is the list of Active Rentals. Click the image of the movie to get to the Watch Now page.

But Don't Download It
The instructions listed above don't work when you have downloaded the movie to your Android device.

(You may need to update to Google Play, the new name for the Market, and install Google Movie to watch them on your Android.)

The Workaround: Watching on PC

Here is how to watch the movie on your PC even after downloading it to your Android, something else Google doesn't tell you.

You can now watch the movie on your computer through YouTube.

Changing Your Mind: Back to Android

My wife and I began watching the movie running in Chrome Web browser on  the Apple Mac Mini computer running in our entertainment room. (The computer is hooked up to a projector, which displays movies on our 100" screen.) But the Mac and Chrome broke down repeatedly, every five-ten minutes -- even after I set YouTube resoution down to 360 -- less data to stream. (I tried Safari, but it lacks the Flash plug-in, and I couldn't figure out where it was at Apple's plug-in site.) My wife was more patient than me, but after a half-dozen crashes, she agreed to try watching the rest of the movie on my Android's 4" screen.

That was when I found that when I made earlier choose the "Manage Offline" option, it erased the movie file from my Android. First I thought this meant waiting for for it to download again (a half-hour wait?), but then found that it would stream just fine.

So we watched the rest of "The September Issue" on a 4" screen, with my Android streaming the movie flawlessly. We both like the movie: she for the fashion, me for the magazine business.