This is the only book on the planet that tells you how to customize Bricscad. Customizing Bricscad V12 is the 7th edition, and offers you the following newness:

Covers both Linux and Windows versions of V12. Price is $40 and can be purchased by cheque or PayPal through the ebook's Web page:

What Solid Modeling Solutions Plans for 2012

Autodesk has a cloud infrastructure for its software, and so I wondered if it is possible to use a third-party cloud service, such as SugarSync or DropBox. (I have accounts with both, but use SugarSync since it has the advantage of optionally restricting shared folders as read-only; DropBox doesn't.)

I found that SugarSync works just fine: I could save a drawing in desktop AutoCAD and view it on AutoCAD WS.

Here's how I did it:

0. When you sign up for SugarSync, you designate a SugarSync folder on the desktop. Any file in this folder is uploaded to the cloud any time it changes. (The same applies to Dropbox.) Uploaded files are overwritten, so you would need to save revised drawings by incremental names, manually. (AutoCAD WS keeps track of revisions.)

Android and iOS devices have limited amounts of storage space, and so sync services tend to download files on-demand, rather than update all in the background as on desktop versions.

Here are some of the pros and cons I found betwen using  SugarSync or Autodesk's cloud:

Historical note: We saw this integration the first time the "cloud" rolled around (a.k.a. the Internet bubble of the late 1990s), when Autodesk added commands that allowed AutoCAD to save to and from URLs and ftp sites. Later, the functions of the URL commands were integrated into the usual SaveAs, Open, and other file-related commands.

Imaginit Technologies is one of the largest Autodesk dealers in the world, and late last month they launched a new portal for its customers around the world -- as well as non-customers (or guest users, who get free registration and some content from the site.) Actual customers get support and learning tools.

The site is called ProductivityNOW, and the following are available from the front page:

Also available: blogs, news feeds, Webinar listings, Autodesk resources, downloadable software, and industry links. The eLearning link sends customers to all of Imagint's self-paced training courses written and recorded by the company's trainers. The company made sure that the site and its videos run on iPad devices.

Customers can get information about their subscription contracts with Autodesk, their training history with Imaginit, and manage other users associated with a corporate subscription contract. If you phone or send an email, you can expect to get 2-hour turnaround on support issues.

During the Webinar, Imagint's director of Ascent product development Paul Burden told me that they see this portal as "a way to share the technological knowledge acquired by the company and its staff. It's a platform for us to build off from, to keep adding information." 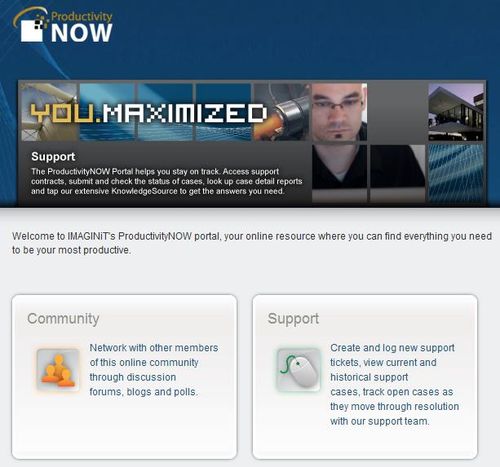 By 2014, 46% of employees will be mobile only (IDC research). 2011 saw the introduction of many design apps in the industry. We’ll see this continue as more and more employees (and designers) cut the cord from the confines of their desks. Tools like Arbortext for the iPad give service information and engineering professionals portable access to real-time, contextual service and parts information

As PLM drives product development by including more people in the process, designers can contribute to a project anywhere, at any time. With more PLM tools including social networking capabilities, crowd-sourcing product design will become more popular.

Software Is the Product

The nature of the products is changing due to the software inside that makes it smarter and and/or easier to use. Continental's new windshield wipers detect rain, start up, and roll up the windows.

Corporations launching programs to benefit the social good is not new. PTC likes the idea of “shared value,” businesses create economic value that also creates value for society beyond social responsibility. Through sponsorships of STEM and FIRST, PTC helps build its own future workforce

While Autodesk is still talking about adding 3D to its AutoCAD WS software, IMSI/Design has delivered its second release of TurboViewer Pro, which displays 2D and 3D CAD drawings. The non-Pro version is free; release 2.0 of the Pro edition is $20.

The primary feature in this new release is the support for 21 file formats, including multi-page formats (see list after the photo). 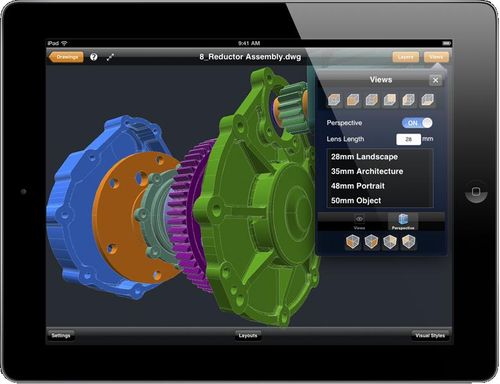 The only way to get it, unfortunately, is through Apple's online software store. We await the Android version.

[Disclosure: IMSI/Design provided the iPad with which to test the software, which I can't, because Apple locks its app stores to countries.]

In upFront.eZine this week: taking the cloud private

This is the last issue before the annual Christmas break. Look for the next issue of upFront.eZine on January 9, 2012. In upFront.eZine this week, we have for your reading pleasure...

3. Out of the Inbox, and other regular columns.

You can read all about the business of CAD at upfrontezine.com/2011/upf-716

In upFront.eZine this week: what the cloud is actually about

In upFront.eZine this week, we have for your reading pleasure...

1. What the Cloud Really Means
- What is the Cloud?
- Virtualized Software is A Next Generation
- Meanwhile, Back in the CAD World
- What Needs to Be Done

2. Out of the Inbox, and other regular columns.

You can read all about the business of CAD at upfrontezine.com/2011/upf-715

China is well-known for developing its own technology, such as its own cell phone system, Linux-based operating system, and space program. It does not want to rely on foreigners (primarily Americans, since they develop most of today's technology); the cost, however is that China becomes incompatible with the rest of the world.

There are a few puzzlements in this announcement:

Will Top Systems switch its T-FLEX software to the new kernel, after STANKIN develops it? If so, this would save the company some 25% on the licensing fees it pays to Simens PLM Systems. Problem is, writing a 3D modeling kernel is a long, hard job. And having their own kernel could further isolate Russian MCAD vendors.

Here is the source article translated into English.