« In upFront.eZine this week: we got the details on Spatial's new CGM APIs | Main | That free DraftSight keeps getting better »

ASCON Group of St. Petersburg has been holding an annual modeling contest for nearly a decade now, and this morning they released the names of the winners in eight categories. I particularly liked this image of a portion of a 3D model of a mobile drilling rig, model SBSH-250D, manufactured by UGMC-Rudgormash-Voronezh: 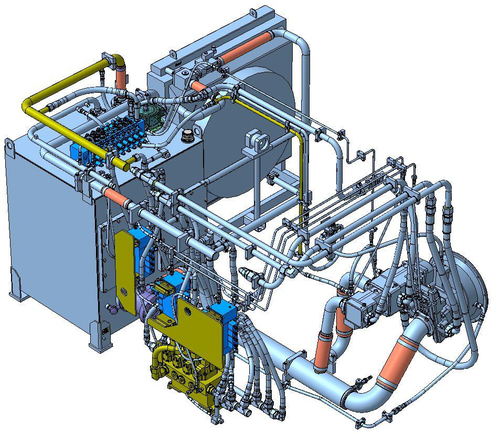 The design was the honorary winner in the “Implementation of PLM Concept” category. The parts were modeled with KOMPAS-3D, the 3D parametric MCAD software from ASCON.

Posted at 08:59 AM in Computer-aided Design: NEWS | Permalink