Earlier this week, a 320,000-volt transmission tower collapsed on the banks of the Fraser River near Vancouver, Canada.

The responsible utility, the government-owned BC Hydro, said that a barge had hit the tower 1.5 months ago, and that they had been monitoring the tower. Guy wires were placed to stabilize the tower, and surveyors checked the tower every few days. In the meantime, the utility was figuring out how to deal with this problem, one of two major transmission lines serving the Greater Vancouver area, potentially affecting millions.

June and July are high-water months for the Fraser River, when flooding is common. Part of the road adjacent to the towers washed out, taking with it the guy lines, causing the tower to collapse. A nearby freeway and other roads were closed for hours, as BC Hydro checked whether the collapse was creating any dangers.

I used Google Maps to check out the area around the tower, and saw the conditions: 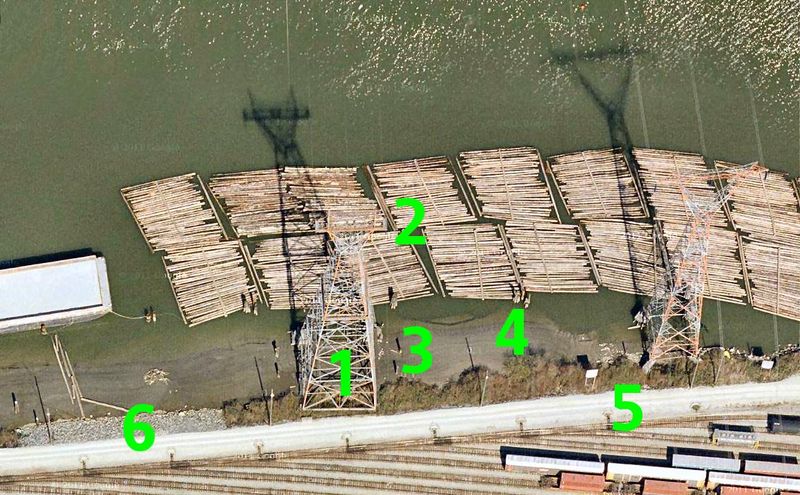 Posted at 03:19 AM in Travelogues | Permalink