For Windows and Linux users: how to install (ARES) Mac software

Windows has a messy variety of ways to install software. Linux has its rigorous method. And OS X has yet another method, one that initially will seem quite foreign to Windows and Linux users.

Here is now to install ARES for Macintosh:

1. Download the 30-day demo software from the Graebert Web site: here.  Notice that what you are downloading is an 84MB DMG file, short for "Disk iMaGe." (To OS X, DMG files look like virtual disks.) 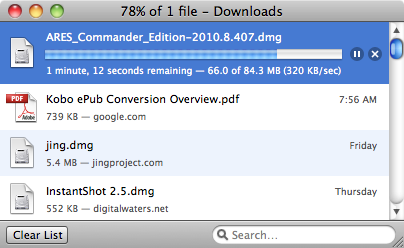 3.  A new dialog box appears, prompting you to drag the ARES icon over into the Applications folder. Do so. (This dialog box is actually a disguised version of Finder, the OS X version of Windows Explorer. Click the gray button at the right end of the title bar to see the folders pane. The blue slider does zooming.) 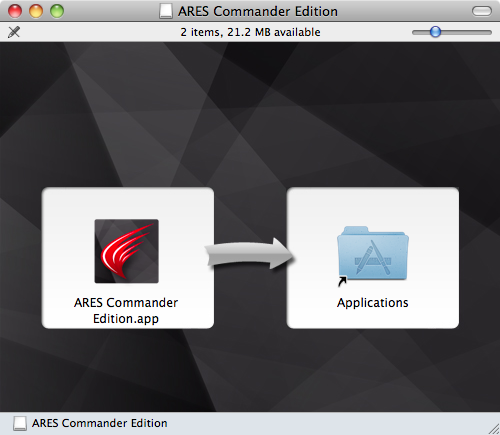 OS X copies the APP file to the Applications folder. (Application programs in OS X use the .app file extension, instead of .exe.)

When done, you can close the dialog box. (Click the red button at the left end of the title bar. Green button = maximize; yellow = change size.)

4. Now you need to open the Applications folder. (This folder is always in the dock, near the right end)... 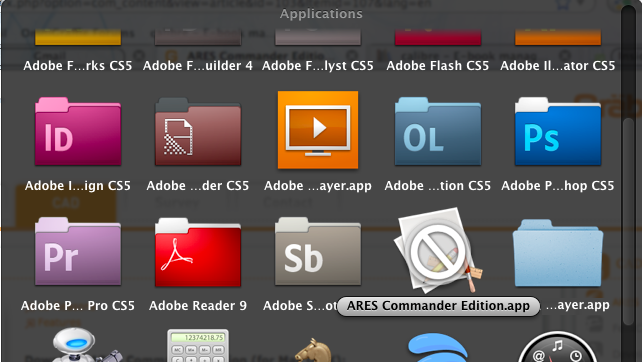 ...and then click it to start. The first time you run it, OS X warns you that this software was downloaded from the Internet and so potentially dangerous? Click Open.

5. As it starts up, the ARES icon appears in the dock.  (The dock is the Mac equivalent to the Windows taskbar.) If you plan to use ARES a lot, it is a good idea to keep it in the dock, as follows:

a. Right-click the ARES icon. b. Choose Options, and then choose Keep in Dock.

6. You no longer need the virtual "ARES" disc on the desktop. Right-click it, and then choose Eject from the menu.

Uninstalling Software on the Mac

1. Go to the Applications folder, and then erase the .app file associated with the application. Done.

And sometimes uninstalling software for Mac requires some cleanup in your user Library folder or actual User folder - it depends on how well the application is written - to remove the saved settings and preferences.

That's one feature that is nice in OS X, the fact that the whole app is contained into a single file. Not so nice is hunting it down in the Apps folders, but it's not a biggie.

Further to what Norm has said, the .app is actually a bundle rather than a single binary file like .exe. What this means is atht you can right-click and go inside the guts of the application (useful sometimes for administration), but otherwise you don't have to worry about stuff getting lost or misplaced.

The Library feature of OS X is fantastic. Would that Windows had it, instead of the Registry!