« Headline writers rachet up the verbs to out-compete the competition | Main | foto of the sunday: tiring train travel »

During an installation of Windows 98, I captured its golly-what's-new screens. Here's some of them: 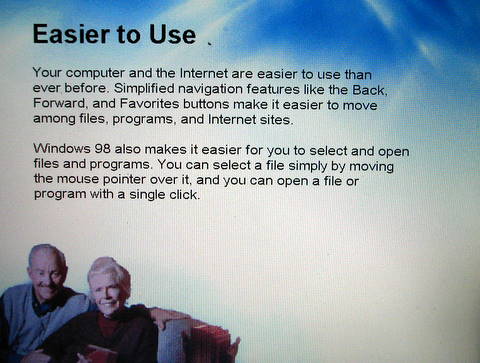 Today with Windows 7, old people are just as frustrated in using a computer. 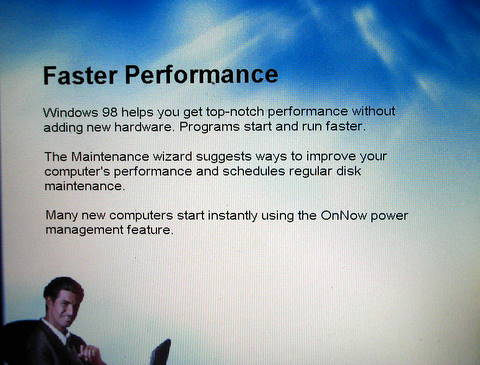 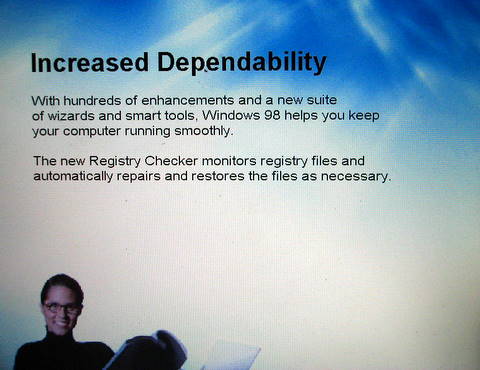 The registry: the one-stop location for most of your software problems. 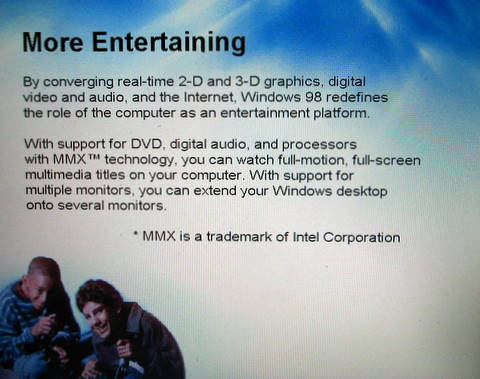 I think this is the one screen that gets reused for every release of Windows. As well as the one that says something about being faster and easier. 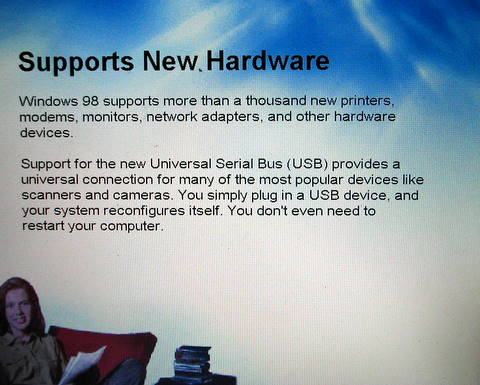 The goal that keeps eluding Microsoft: not needing to restart the computer for changes to the operating system. Linus figured it out; Gates never did.

Posted at 07:05 AM in The Microsoft Chronicles | Permalink