Abbotsford celebrates most gold medals ever in winter olympics 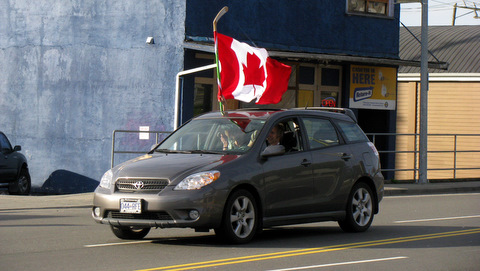 The correct way to mount a Canadian flag is to fly it from an upended hockey stick.

With the 3rd goal in the overtime Canada-USA men's hockey game giving Canada its 13th gold medal, our country did end up Owning the Podium. Canadians spilled into the streets Sunday afternoon to noisily celebrate as never before. The horn honking, flag waving, and red wearing went on for hours. Here's what it looked like in my home town of Abbotsford: 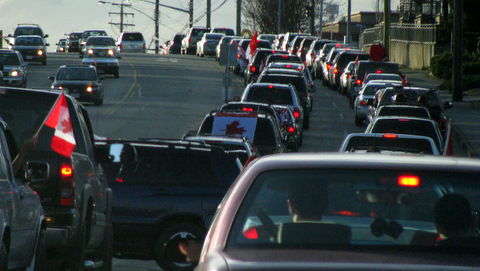 South Fraser way is Abbotsford's major thoroughfare and it was jammed Sunday afternoon. 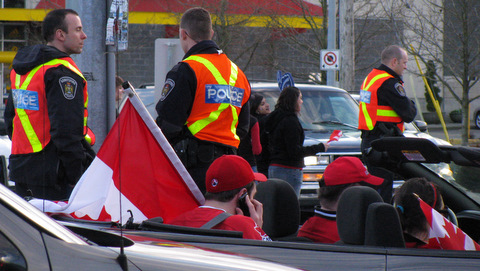 Abbotsford Police had announced they would be monitoring the crowds to avoid the riots that broke out in downtown Vancouver during a Stanley Cup final years ago. 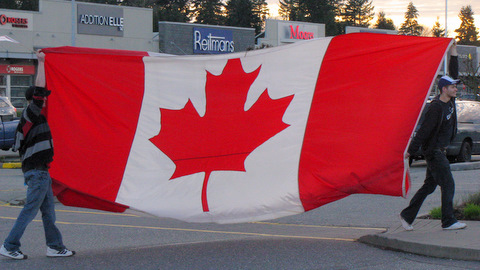 On this day, it seemed somehow unpatriotic to wave just a small Canadian flag. 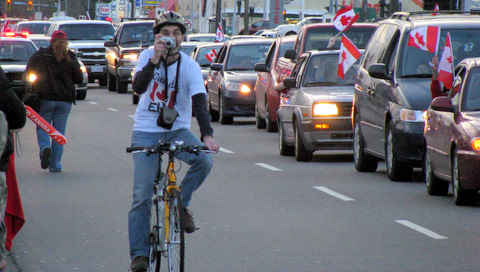 Seven lanes wide and moving slowly down South Fraser Way. Police blocked off the curb lanes in case pedestrians spilled onto the streets. 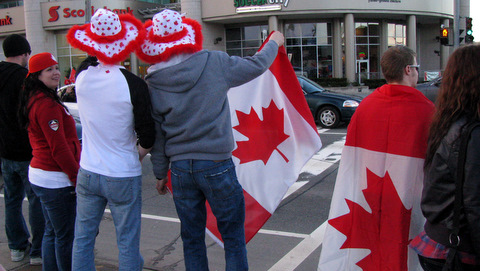 It didn't need to be a flag; it just needed to be red and white. 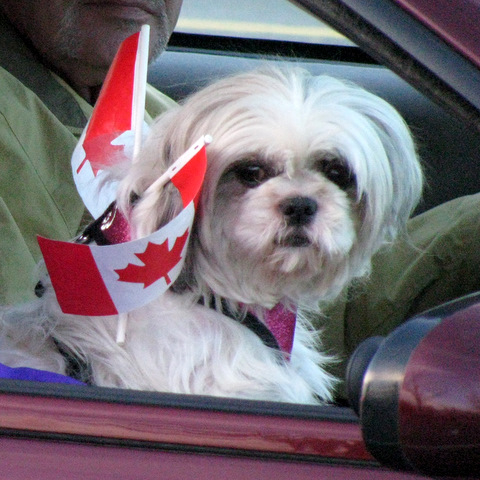 Posted at 04:42 AM in Travelogues | Permalink