If you can't get tickets (or afford them) for the winter olympics in Vancouver, Canada, then you can still take in the free events of the "cultural" olympics -- concerts, art, a zip line, ice shows, and pavilions operated by provinces, countries, and corporations.

Last night we took in some of them, and here are a few of my photographs.

The olympic flame (five of them, actually) kept safe from tourists by the wire mesh fencing and security cameras: 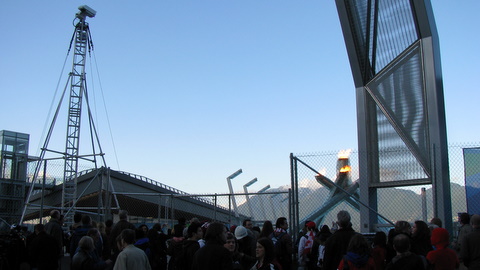 Giant images adorns the sides of buldings; many of them are created by powerful projectors, but this one of the Canadian flag is made of real material: 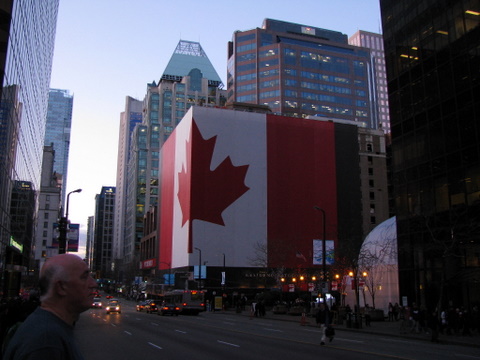 The center of the cultural olympics in downtown Vancouver is Robson Square: 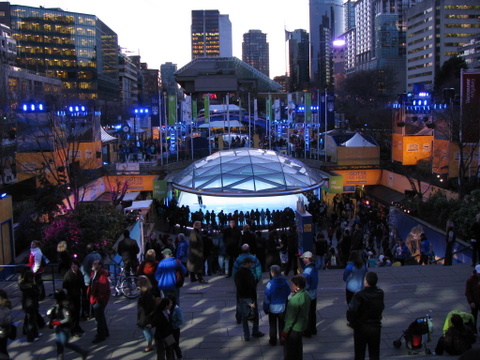 Another view of Robson Square, with the Vancouver Art Gallery in the background: 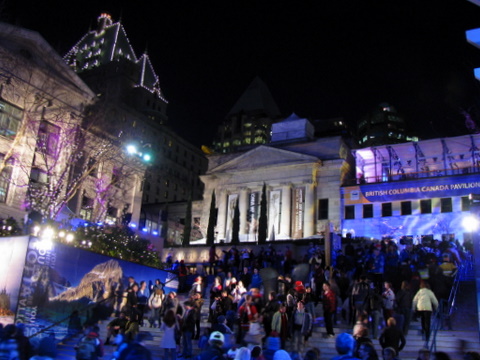 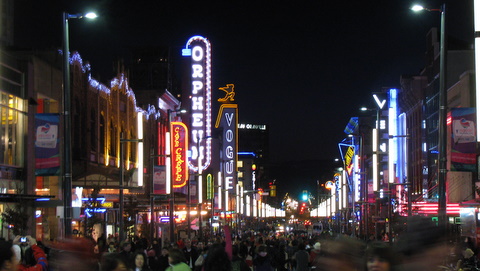 Along the waters of False Creek, we have the Quebec pavilion in blue at the left, the round Science World hosting Russia (the next Winter olympics) on the right, and skyscapers inbetween: 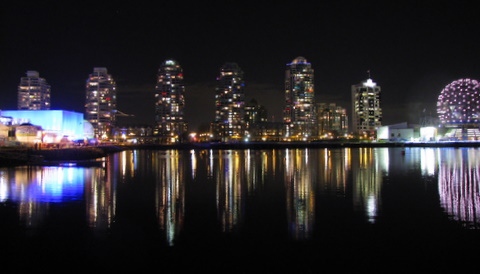 Posted at 01:56 PM in Travelogues | Permalink

Nice fence! Must be well worth the trip.

I'm sure Vancouver will be a much nicer place to visit when all those people have gone home. Cheaper, too.