Robert Fulford of The National Post writes about a new book that spans Renaissance and Google, Worlds Made by Words: Scholarship and Community in the Modern West by Anthony Grafton.

People like me are still grateful for the riches of the Internet after all these years. Grafton, however, finds the new order highly imperfect. He thinks Google Books chooses its titles carelessly and has no plans to cover the first 200 years of printing. Google "operates less as a vast, coherent ordering machine than as a gigantic fire hose dousing the world's readers with texts untouched by human hands or minds."

I wonder if there are volumes on Google Books that will never be read by anyone, kind of like the mountain peaks that populate my home province of British Columbia.

The Internet has become such a zealous cataloguer that we can now envision a time when no one will be delighted by the serendipitous discovery of a long-sought volume; it will already be online.

I doubt it. In going through my great aunts things, we've come across quirky items that she collected in her 94 years, including the very cool cover of this slim volume: 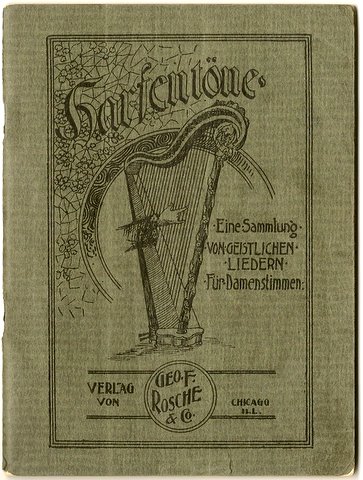 Printed in the late 1800s, it's a German gospel songbook for female voices written in old German script --which I can read. I don't expect to see it in Google Books. (Click thumbnail for larger image.) 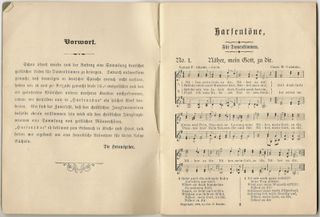 Posted at 01:43 PM in Reviews of Books | Permalink