I did the 2.5GB download of Windows 7 beta last week, and then wondered where to install it. Over the weekend, I bought the LG X110. (It is based on the Wind series of netbooks from MSI.)

Windows 7 will install over any operating system; it places the existing Windows into a folder named "Windows.Old". The install was straight-forward, other than taking a long time. After a few reboots, Windows 7 started up with its light-rays-from-above "Microsoft is god" background screen.

What Works -- And Doesn't

Everything worked under Windows 7 on the LG X110 -- even the useless Aero effects; the exception was wireless networking. Various sites consulted through Google reported that the driver needed to be updated to the Vista version, but none were not clear on how to do this. I tried this and that for about an hour, when suddenly the wireless began working. (Sorry! I have no idea what I did to make it work.)

Even with just 1GB RAM, both the original Windows XP and the beta of Windows 7 run speedily enough. OTOH, I tend to forget that my primary computer, a desktop running Windows 2000, is a workhorse, yet also has "just" 1GB RAM. (I was disappointed to learn that the X110's RAM cannot be increased; its memory is soldered in, and it lacks memory slots. Instead, I added a 4GB Class 6 SD card in the external memory slot for ReadyBoost.) 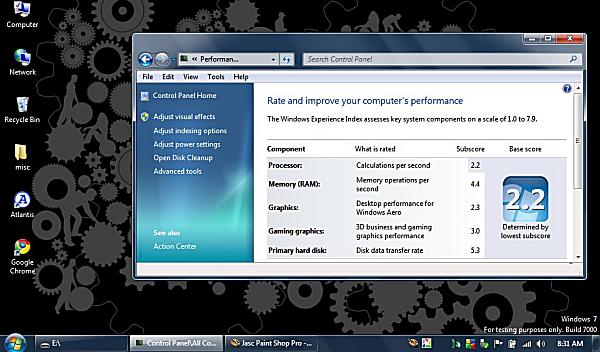 (Figure: I keep Aero on, because some preview effects require it, but turn off transparency. The desktop image is from MB&F.)

What About the Asus?

I bought the new LG for two reasons: a travel replacement for my ASUS 701 (I've already ordered the 9-cell battery from Hong Kong through eBay). And as a travel companion for when one daughter goes on a three-week travel-study tour of Europe. Both daughters and their friends approve: "It looks cute."

The old ASUS still works well as a handy Internet ebook reader and capable media machine. But it's is hard to use at conferences, with its slightly-too-small keyboard, definitely too-low resolution of a screen, and the Linux operating system that won't run certain crucial apps, since they are Windows-only.

But I'll hang onto the ASUS, because the 701 is historical: the very first netbook. I can see why companies like Sony and Dell have expressed their dismay over netbooks. They hit the sweet spot of portability and capability. Thanks to ASUS!