COFES 2008 is over. I missed filing my report of the last day due to cumulative hangovers from previous nights. Then I was in Atlanta for a business meeting, and finally I found myself back in India. I am still struggling to find my coordinates in space and time.

Anyway, the third day of COFES went somewhat like this. Two keynote speeches followed morning breakfast. Mills Davis is founder and managing director of Project 10x, a research and consultancy company specializing in next wave semantic technologies and solutions. He spoke about innovation and the Web. But what began as an interesting talk ended up being a mind boggling, confusing, and irritating experience for me. I am not referring to the content of his speech, but rather to the way it was presented. Take a look at these images: 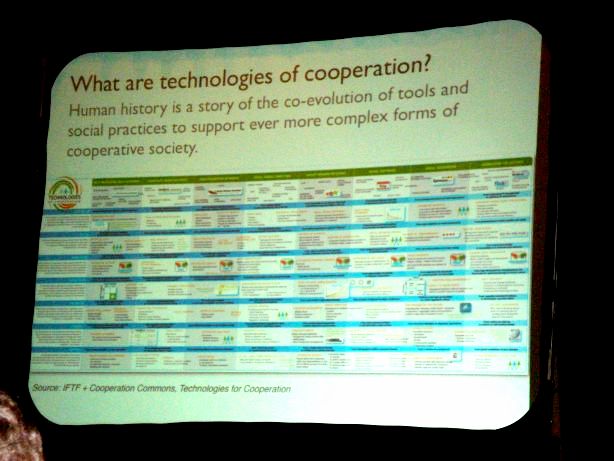 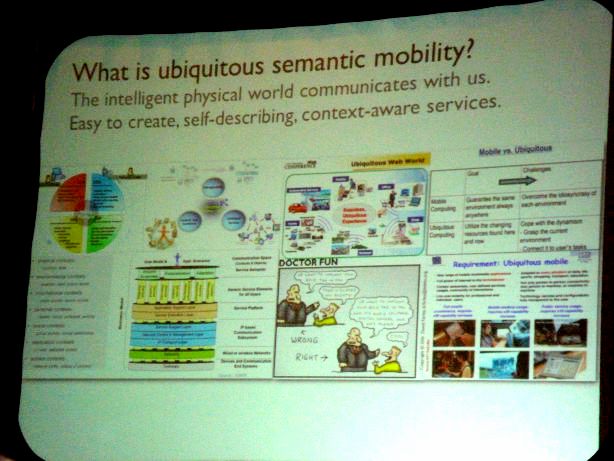 The text was so small and the images were so minute that Mills, on more than one occasion, found himself walking up to the big screen to get a closer look at that he was talking about. 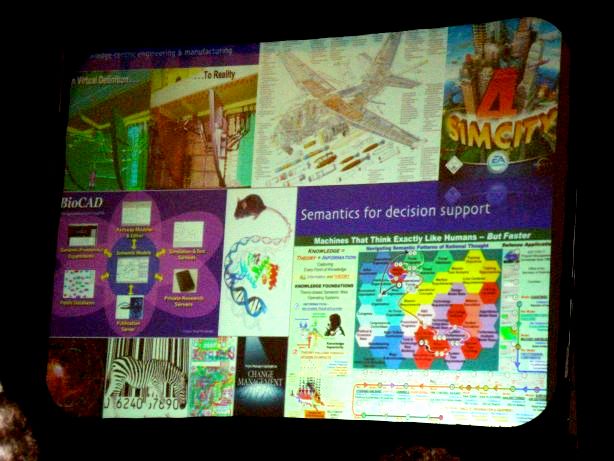 The second keynote speech was by Terry Swack, a “serial entrepreneur”, and specializes in creating environmental startu. Clean Culture is her third. Basically, she let us know, in no uncertain terms, how we are going ahead all guns blazing and screwing our planet. Most of what she said is covered at www.storyofstuff.com, which I strongly recommend that you visit; watch the video.

Something New from Scott Harris

Thereafter, there were a series of discussions and roundtables in and about the hotel. I had a very long poolside discussion with Scott Harris, a co-founder of SolidWorks [and Cosmic Blobs]. I was surprised to learn that he regularly followed my blog at www.deelip.com. One topic led to another; after a half-hour I realized that I was having a wild and animated argument with the co-founder of SolidWorks. I stopped and said, “Scott, I can’t believe that I have said all the things I have.” And he calmly replied, “This is precisely the reason why I come to COFES. Such discussions and arguments can happen only in an environment like this. Here is where people tell me things they normally wouldn’t have.”

Truly, COFES is an informal event like no other. You can literally walk up to someone, whoever he may be, introduce yourself and start talking as though you were old pals. I did this over and over again with so many people. I am not sure whether it was my badgering, but eventually Scott went on to disclose more than he should have. He then gagged me from blogging it. But I can say one thing: Scott Harris is going to be in the news pretty soon. And for the right reasons.

I lunched with Mike Riddle, a guy who needs no introduction. So I will not give one. I asked him why he stopped blogging. Apparently a company decided to sue him over what he said on his blog and that made him stop. Fortunately, he intends to fix that and so we may be hearing from him in the future. After lunch, he showed a couple of us his "new stuff" that he was "persuaded" not to show in his presentation the earlier day. It’s unfortunate that things are a bit messy here, and mess is something I don’t enjoy analyzing. 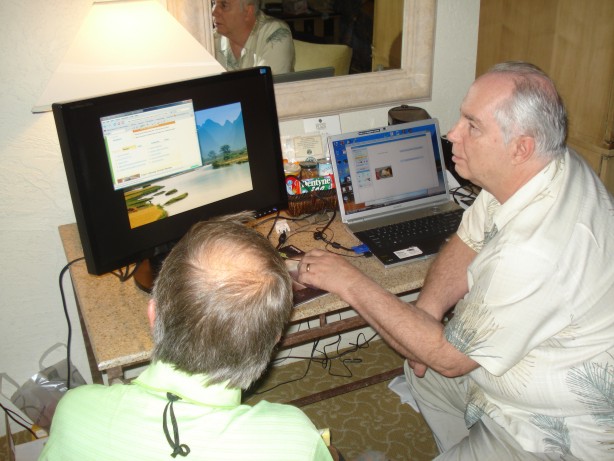 After lunch I was busy moving my things to another hotel and could not attend the series of discussions and roundtables. I returned in time for the final reception and dinner, which ended with the CAD society awards ceremony. No prizes for locating Rachael Dalton-Taggart in the picture below. 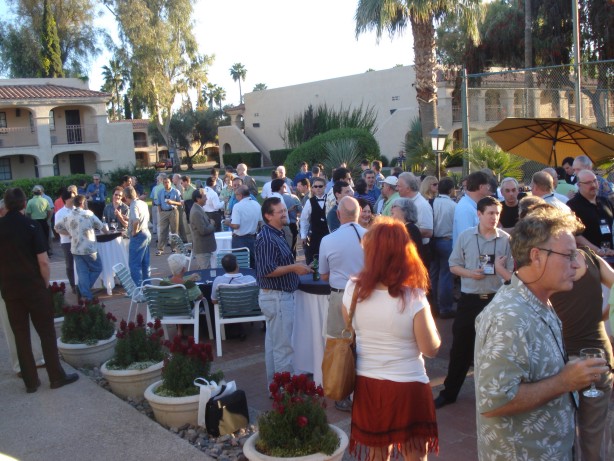 Posted at 10:39 AM in Travelogues | Permalink