« What the S2 Has to Compete Against | Main | Canon Hoses Canadians » 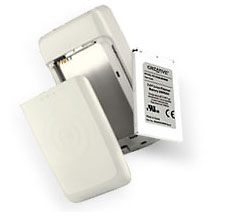 Creative boasts 12-hour battery life for its Zen Micro -- true, for continuous use. Their Web site proclaims, "Extend your playtime another 12 hours with each additional battery you buy"! But a flaw in the firmware reduces that claimed 12-hour life to half, if you use the MP3 player for a short time every day.

Amazing! A device whose battery life shortens the less often you use it.

Customers figured out the problem, but it was not until last week that Creative belatedly promised a firmware upgrade (by end of May) that helps reduce (not eliminate) the problem.

(The problem: turn off the Zen Micro, and it goes into a light sleep for 24 hours, a mode that consumes a lot power. The advantage is that the Zen starts quickly, and continues playing from the exact spot from when it was turned off. After 24 hours, the Zen goes into deep sleep, using far less power; the drawback is that the Zen takes longer to turn on, and continues playing from the start of the song.)

Not enough, in my opinion. I think the customer should be allowed to reduce sleep mode to 0. Why should Creative care if I don't mind the Zen taking 15 seconds to wake up, and continue playing from the start of the current song? Long battery life is more important to me.

When to Recharge the Battery?

Different kinds of batteries perform better when they are recharged at a specific point in their discharge cycle. NiCads were notorious: they needed to be fully discharged before being recharged.

The battery in the Zen Micro is a Li-ion polymer battery, which prefers to be recharged when its power gets down to roughly 40% capacity. Representatives of Creative suggest this occurs when the Zen Micro's battery meter is down to one bar.

If the battery should be recharged at 40% for optimal performance, that means the Zen Micro runs just 7.5 hours between recharges.

Turn Off the Equalizer

I find this hard to believe, but apparently the equalizer uses power. To extend the life of the Zen Micro, turn off equalization. No benefit to me: I have the equalizers turned off on all my digital music devices, anyhow, because I find they tend to make the music sound dreadful.

Posted at 01:26 AM in Creative Zen Micro | Permalink